Source told Sikh Siyasat News (SSN) that thousands of Sikhs are expected to attend this samgam. The samgam is being organized by Naujawan Sikh Sabha. 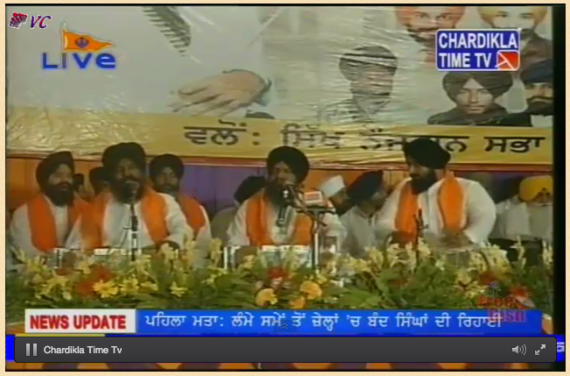 A screenshot from live telecast of Shaheedi Samgam

The Shaheedi Samgam is being telecasted live at Chahdikala Time TV.

S. Iqbal Singh, one of the organizers of the Shaheedi Samgam told Sikh Siyasat News (SSN) that the Sikh sangat of Jammu is holding this Shaheedi samgam for last two decades. 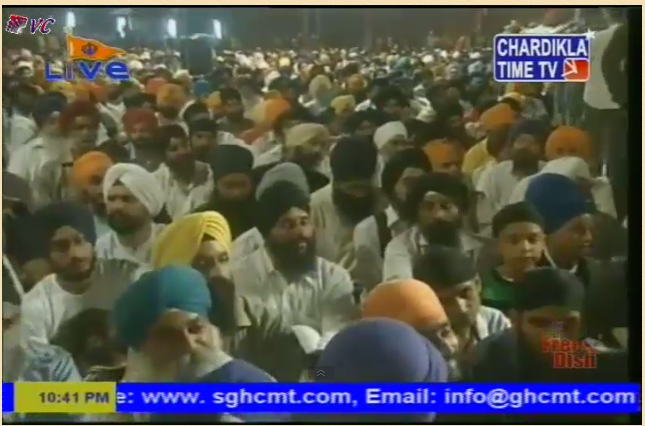 A screenshot from live telecast of Shaheedi Samgam

It is notable that some Hindu organizations had objected to the Shaheedi Samgam few days back and the police had removed hoardings of the Samagam on intervening night of 3 and 4 June. This had lead to wide-spread protests by Sikh sangat. Jammu police had opened fire on Sikh protesters on June 04. A Sikh youth namely Bhai Jashjeet Singh was killed in this firing. Antim Sanskar of Bhai Jashjeet Singh was held earlier today.

Sources told SSN that the Sikh sangat of Jammu had decided to hold the Shaheedi Samgam at all costs.
Many Sikh leaders from Punjab also in Jammu to take part in the Saheedi Samgam.

Images of Shaheedi Samagam were not available at the time of publishing this news, as internet services on mobile networks in Jammu remains blocked.