Surrey: Hardeep Singh Nijjar, a Surrey Sikh man whom the Indian government alleges as holder of an arms training camp for militants in Canada has reportedly written a letter to the Canadian Prime Minister Justin Trudeau. In his letter Hardeep Singh Nijjar said that he was being persecuted by Indian state due to political reasons.

The 38 years old Hardeep Singh Nijjar letter says Nijjar has “never believed in, supported or been involved in any violent activity.”

“Because of my campaign for Sikh rights, it’s my belief that I have become a target of an Indian government campaign to label my human rights campaign as terrorist activities,” his letter said.

Notably the Indian media have quoted unnamed sources of Punjab police intelligence report claiming that Hardeep Singh Nijjar is wanted in a 2007 case, is now running training camps for militants near Mission, B.C.

The report said India would be requesting Nijjar’s extradition.

The Canadian government has not responded to the allegations in the report.

As per reports in Canadian media Hardeep Singh Nijjar said  it was all “garbage.”

Here is full text of the letter written by Hardeep Singh Nijjar to PM Justin Trudeau: 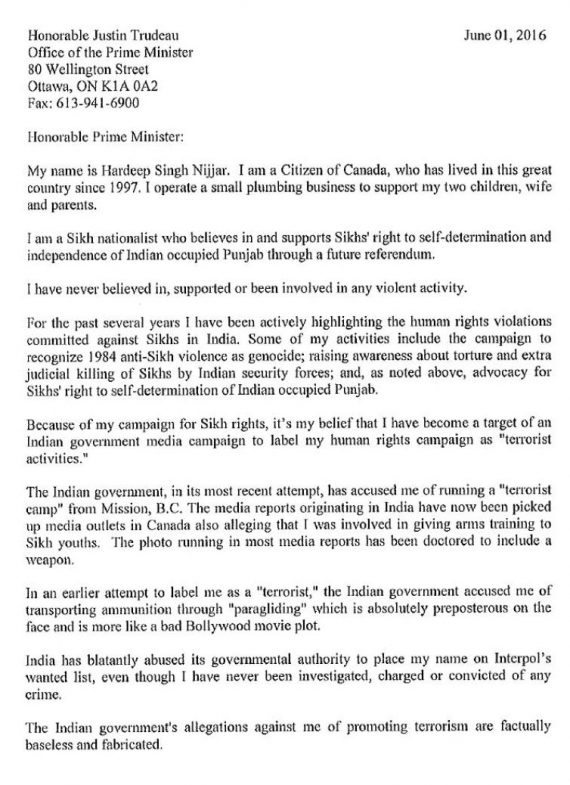 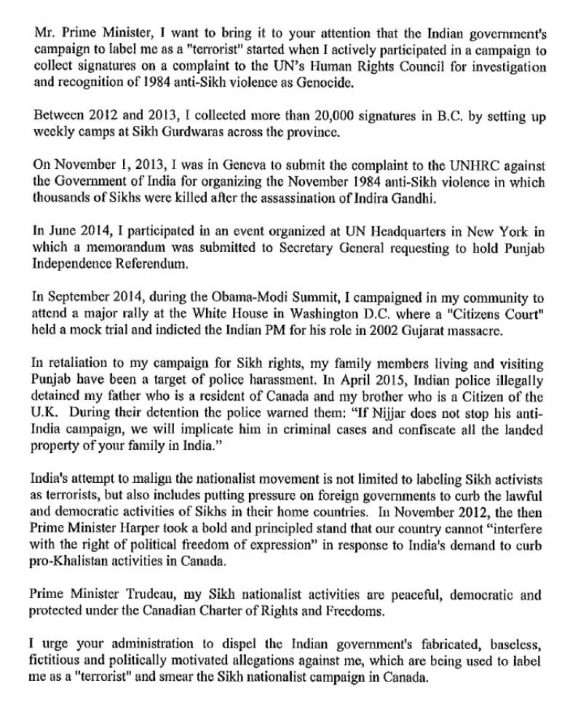