Advocate Jaspal Singh Manjhpur, who appeared as defence counsel before Baghapurana court, told Sikh Siyasat News that duo were before the court of Judicial Magistrate Pushinder Singh who committed them to judicial custody today. They were presented in case registered at PS Baghapurana under FIR No. 193/2016. 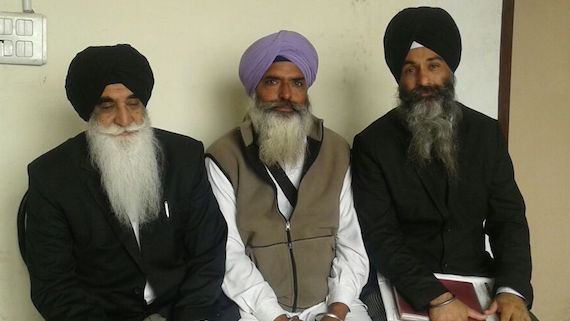 The police did not sought their further remand thus the magistrate sent them to jail under judicial custody till 30 November.

Dal Khalsa president Bhai Harpal Singh Cheema, along with other Sikh activists, was also present at the court complex. Bhai Cheema, who is himself an Advocate, also appeared as defence council before the court.

Court appearance of Jagtar Singh Jaggi and Hardeep Singh Shera were awaited at the time of publishing this news.

“The police remand of UK citizen Jagtar Singh Johal @ Jaggi and Hardeep Singh Shera also expires today. We are waiting at the court complex for the police to produce them before the magistrate”, Advocate Jaspal Singh Manjhpur told SSN over phone, while adding that relatives of Jagtar Singh Johal have arrived to see him.