Ambala, Haryana: As per media reports, various cinema halls in Haryana are not screening controversial Nanak Shah Fakir film in Cinema halls. The Haryana police personnel are deployed outside cinema halls in the state, even though the movie is not being screened there. 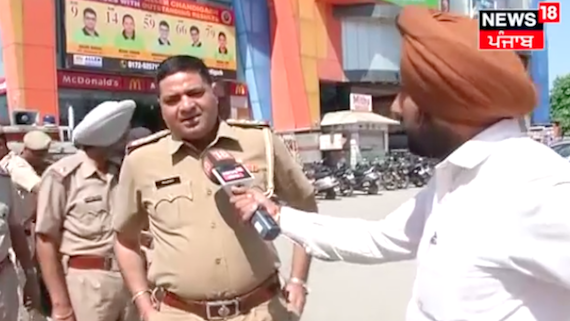 A police official supervising the police deployment outside Galaxy mall told ‘News18 Punjab‘ TV Channel that the police is deployed as a ‘precautionary measure’ even though everything is peaceful and is expected to remain peaceful.

Even in other states, the Sikhs were lobbying with the Cinema theatre managements against the screening of Nanak Shah Fakir movie. Sikh sangat had got the posters of the movie removed form various cinema halls in Delhi. The Sikh sangat in Bengaluru had also raised concerns against the movie with the Karnataka government, Cinema halls and the civil and police administration to prevent the screening of the movie in Karnataka.