Chandigarh: Punjab Documentation and Advocacy Project (PDAP) has announced to release a report titled: “Identifying the Unidentified” carrying compelling new evidence related to 8257 cases of enforced disappearances and fake encounters in Punjab. According to PDAP the ‘new evidence’ surfaced during a 7 year investigation by the by their team. 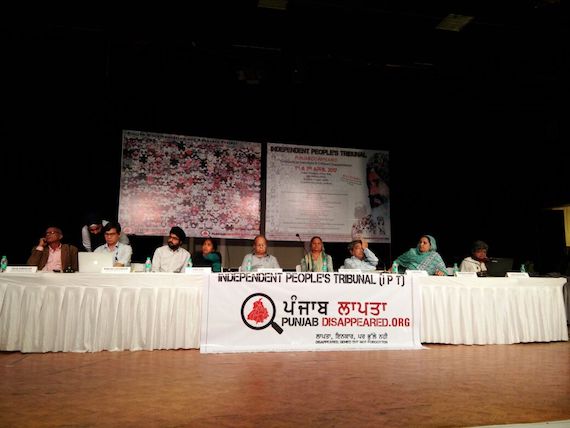 “The report presents detailed and verifiable evidence of these systematic killings by the Punjab police and security services, during the period of militancy and counter-insurgency in all of its 22 districts”, a representative of PDAP told Sikh Siyasat News (SSN).

“The release of our investigative report will be a major step for victims. Its findings will be submitted to the Supreme Court of India to investigate and deliver justice to all victims of disappearances and killings across Punjab beginning with these 8257 cases”, he added.

“Our initial investigations resulted in an Independent People’s Tribunal (IPT) which was held over two days in Amritsar in April, in which a composite panel of retired judiciary, lawyers and activists from across India came together to hear the testimonies of 700 hundred victim families”, he added.

“The report also critically considers the on-going failings by the National Human Rights Commission in the “Punjab Mass Cremations” case based on the work of murdered human rights activist Jaswant Singh Khalra in 1995, who first exposed and uncovered 2097 mass killings and cremations in three cremation grounds in the district of Amritsar. We continue his work which remains unfinished and presents only a partial picture of the actual number of killings that took place in Punjab”, reads a release by PDAP.