Chandigarh: The International Federation of Journalists (IFJ) has raised alarm over reports of an attack on a journalist in Jalalabad area of Ferozepur district in Punjab. IFJ has demanded urgent action in this matter urging the authorities to arrest and punish the assailants.

The IFJ said: “The IFJ condemns the attack on News18 journalists in Jalalabad, Punjab in India. It’s unfortunate that journalists in India are not allowed to carry out their professional duties freely and in an independent manner. The attack on journalists is an attempt to keep the media from reporting illegal activities and action should be immediately taken against the attackers.” 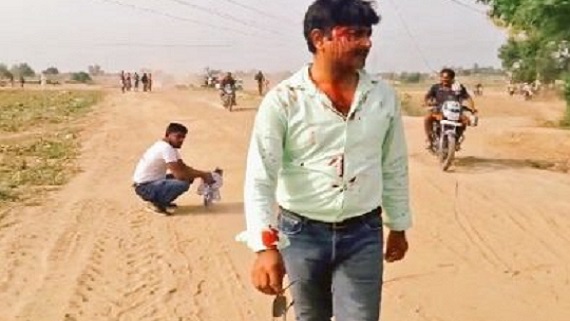 Yesterday on 30th July a team of four journalists from News18(A private news company) went to investigate illegal mining near Amir Khas village in Jalalabad(Ferozepur). As they started their activities, they got surrounded by a group of unidentified people and they started beating them. The reporters Neeraj Bali, video journalist Sandeep Kumar and Prithpal Singh were harmed and got several injuries another reporter Suraj Bhan succeeded to escape from the place of incident.

Responding to reports about this incident Punjab Chief Minister Amarinder Singh tweeted “Strongly condemn the unfortunate attack on the News18 team in Jalalabad. Have asked the Punjab Police DGP to take stern action and bring the culprits to justice immediately.” He later added that police had registered the complaint and was investigating.

According to The Hush post “.After the incident, the injured scribes lodged a complaint with the police. Senior officials including Amarjit Singh Sidhu, DSP Jalalabad reached the spot and took stock of the situation.