New Delhi: Indian intelligence agency named Intelligence Bureau (IB) has reportedly raised alarm with India’s Ministry of Home affairs about a spurt in the production of Punjabi films on stories related to ‘Ghallughara 1984’ and the aftermath.

Media reports say [i]n a report to the home ministry, the Intelligence Bureau has said that these films were based on issues like Indian Army attack on Darbar Sahib and Sikh genocide of November 1984.

IB says some films also feature the alleged police atrocities during the height of militancy in Punjab and these movies also portray ‘militants’ as ‘saviours of the Sikh community’. 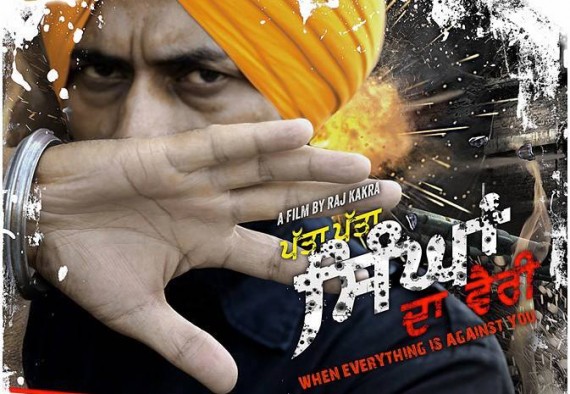 “While economic reasons are quite obvious, any perceptible impact of these films on the minds of the young Sikh generation is yet to be noticed,” the report said.

The report states that the last three years have seen the production of at least six such Punjabi films. One film was released in 2013, while another, titled Kaum De Heere, could not get a clearance from the Censor Board. Four others are going to be released in the months to come.

The Blood Street, yet another film in the series of such films, was released on May 1, 2015.

The movie depicts how Sikh families were subjected to police atrocities during the post-1984 period in Punjab after the assassination of Prime Minister Indira Gandhi by her Sikh body guards. The film attempts to justify Sikh youths taking up arms during that time, the report said.

Other films in theque are Mastermind – Jinda and Sukha, and Insaaf Di Udeek – Delhi 1984, the Intelligence Bureau report said.

Mastermind – Jinda and Sukha is said to be based on the lives of Harjinder Singh Jinda and Sukhdev Singh Sukha who had assassinated Indian Army chief General A.S. Vaida for commanding attack on Darbar Sahib in June 1984.

A few shots of this film were taken while observing the last death anniversary of Jinda and Sukha at Akal Takht in Amritsar on October 9, 2014.

The movie is being produced by an Australia-based proprietor of Singh Brothers Production. Another production house Brave-heart Productions of Surrey, British Colombia, Canada is making yet another movie of Shaheed Harjinder Singh Jinda and Sukhdev Singh Sukha.

Patta Patta Singhan Da Vairi, produced by Punjabi folk singer Raj Kakra, who also made Kaum De Heere, is based on the police atrocities during the militancy days in Punjab.

Insaaf Di Udeek — Delhi 1984 depicts the 1984 Delhi massacre and the prevailing sense of injustice. Saada Haq, produced by Kuljinder Singh Sidhu, was released in April 2013 after some cuts following an order of the Supreme Court.