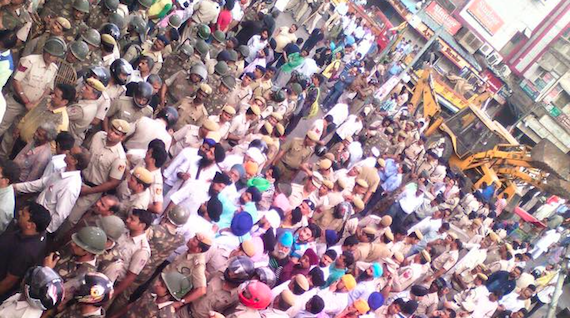 DSGMC official also released minuets of a meeting between high officials of Public works department and Chandi Chowk MLA Akla Lamba. He said that if AAP MLA Alka Lamba had some issues with Bhai Mati Dass Chhabil, why she did not discuss it with the Delhi Sikh Gurdwara Management Committee.

On the other hand Shiromani Akali Dal (Delhi) has demanded resignation of DSGMC officials on moral grounds. SAD (Delhi) chief Parmjeet Singh Sarna said that DSGMC officials have not moral right to remain on their positions in wake demolition of historic site of Bhai Mati Dass Ji Chhabil near Gurdwara Sisganj Sahib.