Jagtar Singh Jaggi’s defence council Advocate Jaspal Singh Manjhpur told Sikh Siyasat News (SNS) over phone that Jagtar Singh was in the custody of Ludhiana police in FIR no. 6/17 (PS Division No. 8, Ludhiana) which pertains to the killing of Hindu leader Amit Sharma. 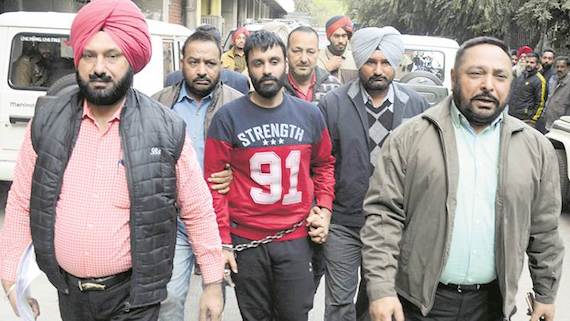 “Soon after this the police belonging to police district Khanna placed an application seeking court’s permission to arrest Jagtar Singh Jaggi in case FIR No. 119/16 (PS City Khanna). After arresting him the police sought his transit remand that was allowed by the court”, he added.

Jagtar Singh Jaggi was later presented before the court of magistrate Radhika Puri in Khanna who sent him to police remand for 4 days.

The police remand of Ramandeep Singh Bagga and Hardeep Singh Shera was extended for 3 more days in case FIR. No. 119/16 (PS City Khanna). Duo were presented before the court of magistrate Radhika Puri.