London: The Sikh Federation (UK) has congratulated Lord Singh for organising a one hour debate in the Lords Grand Committee on 17 March to highlight concern over the plight of minority faiths in India.  Lord Singh who opened the debate accused Narendra Modi for giving increasing support to the Hindu extremist agenda. 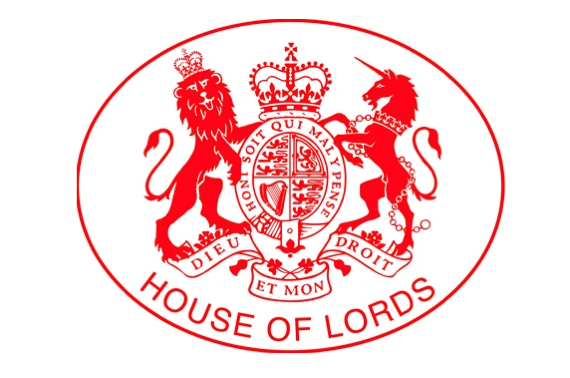 Recently some Sikhs in the UK who should know better appear to have mistakenly come under the spell of Narendra Modi and have started singing his praises.  They have blundered by putting faith in him to deliver on one or two Sikh demands while other more significant demands have been totally ignored.

Perhaps some of them are regretting what they have done and will reflect on what a cross section of Lords said earlier this week. 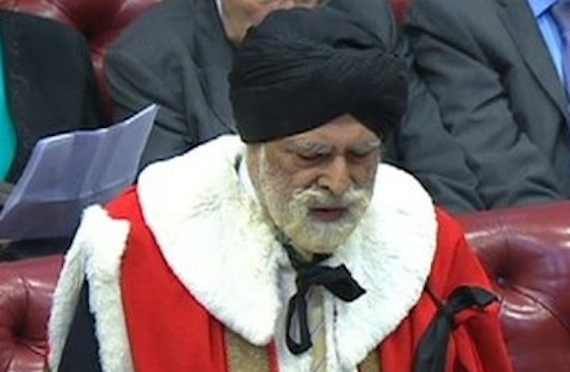 Lord Singh at the start of the debate stated: “Narendra Modi’s election was seen, sadly, as a green light by some Hindu extremists to make India more Hindu and to put India’s large Muslim minority, as well as Christians and Sikhs, firmly in their place.”

“Under Congress, discrimination against Sikhs was direct and brutal. In the run-up to the election that put him in power, Narendra Modi himself pointed out that the Congress Government were responsible for the mass killing of thousands of Sikh men, women, children and infants in 1984.  A leaked American embassy document from 1984 revealed that more Sikhs were killed in just three days than the number of people killed in the 13 years of General Pinochet’s despotic rule in Chile. More recently, Prime Minister David Cameron, described the organised killing of Sikhs as “a stain on the post-independence history of India.”

“Today, the pressure on Sikhs is more subtle but perhaps even more serious. It is nothing less than an attempt to dilute Sikh identity and absorb the community into the Hindu fold. In India, a continuing attempt to erode Sikh identity began with the writing of India’s constitution in which Sikhs are—without their consent—described as a subset of Hinduism. There are other ways in which the independent Sikh identity is under constant attack. Sikhs (in Bollywood films) are also frequently shown participating in Hindu religious ceremonies involving idol worship, contrary to Sikh teachings. In many ways, this subtle erosion of Sikh identity is more dangerous than the direct discrimination of Congress Governments.”

He continued: “Recent pronouncements by UK Ministers on human rights are not encouraging. To my disbelief, the Government Minister Michael Fallon, in the context of trade with China, actually declared that we should put human rights to one side when discussing trade. Our country rightly pushed for an international, independent inquiry into human rights abuses in Sri Lanka, a small trading country, but when I asked if the Government would press for a similar inquiry into the mass killing of Sikhs in India, a larger trading partner, I received the brusque reply that it was a matter for the Indian Government.”

Lord Hussain who is supporting the Sikh Federation’s call for an independent public inquiry on reasons for the UK involvement in the 1984 Sikh Genocide and subsequent anti-Sikh measures said India has serious human rights concerns.  He pointed out the Human Rights Watch report 2016, states that the Government did little in 2015 to implement promises made by Narendra Modi to improve respect for religious freedom, to protect the rights of women and children and to end abuse against marginalised communities.

He stated: “It has been widely reported throughout the past many years that Hindu extremism in India is growing and the human rights and freedoms of Christians, Muslims, Sikhs and Dalits are hugely being victimised through its activities and attacks.  India claims all the time that people from every religion come to live in peace in India and enjoy themselves. However, you only have to be either a Christian, a Muslim, a Sikh or a Dalit to find that out for yourself.”

Lord Harries of Pentregarth said “there are some real worries about the observance of basic human rights, especially the right to practice one’s religion. In practice, because of certain Hindu extremist groups, there is sustained violence against Muslims, Sikhs and Christians. Human rights are indivisible, and my concern is with the freedom of all religions in India—Muslims and Sikhs as much as Christians (who are mostly Dalits).”

He continued: “Mr. Modi, in his younger days, was a member of the RSS, the main Hindu extremist group. He has not disowned that past, nor, as far as I am aware has there been a ringing condemnation of Hindu-inflicted violence against other religions. At the moment, there seems to be a culture of impunity, which can only poison the atmosphere further and lead to an increased number of attacks. Will the Minister, in our dealings with the Indian Government, call on Mr. Modi to be clear, forceful and unequivocal in condemning these Hindu extremist groups, and firm in ensuring that perpetrators of religious violence are brought to justice?”

“There is one final aspect of this I wish to mention. I learn from people who know India well that NGOs are now being intimidated and are fearful of speaking out on this and other issues. Personnel who have links with foreign countries are having difficulty getting their visas renewed. In short, there is a growing climate of fear in which free speech is muffled and silenced. I hope that our Government will make it quite clear to the Indian Government that this is totally unacceptable.”

Lord Ahmed who is regularly briefed by the Sikh Federation (UK) and been in communications before after the debate also used the opportunity to make a number of important points in what he described as the alarming situation in India.  He said: “Democracy without human rights, equality, fairness, rule of law and minority rights does not impress me. President Putin was democratically elected; Donald Trump is leading the race for the Republican Party presidential nomination in the US; Hitler was also democratically elected; and so were many others in history who had a terrible record in the treatment of religious minorities. India’s record on the treatment of religious minorities has been problematic for decades.”

“We are seeing, as many had predicted, disturbing new levels of threat emerging since the formation of the openly Hindu nationalist BJP Government led by Prime Minister Modi. There are almost daily reports of attacks, intimidation and marginalisation of religious minorities. In 2015, President Obama identified the risk of religious intolerance as a possible cause of India failing as a state.  India’s long-term determination to play a larger role in global affairs and Prime Minister Modi’s aspirations have been shot down because of India’s weak record on human rights, both at home and abroad.”

Lord Ahmed also specifically spoke about Sikhs.  “Lack of recognition of Sikhism as a distinct religion has gone on for too long. Article 25 of India’s constitution deems them to be Hindus for the purposes of religion and personal law. Sikhs’ efforts to amend that incredible, offensive and divisive article have been thwarted for decades. This has resulted in the prevention of members of the Sikh communities from accessing employment, social services and education, preferences available to other religious communities.”

“Sikh community members are reportedly harassed and pressured to reject religious practices and beliefs distinct to Sikhism. In October 2015, security forces in Punjab killed two Sikhs and injured scores more who were protesting peacefully against the desecration of Sri Guru Granth Sahib, which is the holy Sikh scripture. No action has been taken against those who committed this sacrilege or the security personnel who killed those innocent Sikhs.”

He concluded by saying: “The Indian Government has recently refused visas to the United States Commission on International Religious Freedom; this denial of impartial international access proves that there is still a veil that the Government of India and Mr. Modi do not want the world to lift. I think it is clear that India has been and remains in breach of its duty towards minority religions. Prime Minister Modi and his allies in hardline Hindu groups, such as Vishva Hindu Parishad, Bajrang Dal and Rashtriya Swayamsevak Sangh, present a challenge to the international community. Do we confront this overt threat to tens of millions Christians, Muslims and Sikhs in India, or do we appease these extremist forces in the name of trade and profit? I urge the UK Government to make wiser choices and tailor its India policy towards the protection of internationally accepted religious freedoms. Backing India’s claim to a permanent seat on the UN Security Council, for example, is folly under present circumstances. Surely we should demand compliance with international law as a bare minimum price for such a prize.”

Lord Collins of Highbury, the Shadow Foreign Office spokesman opened: “Countries that do not respect religious freedom invariably do not respect other basic human rights.” He referred to the recent annual report of the US Commission on International Religious Freedom who have just been denied entry to India. He said: “In the commission’s recent annual report, it was suggested that incidents of religiously motivated and communal violence in India had increased for three consecutive years. NGOs and religious leaders, including leaders from the Muslim, Christian and Sikh communities, attributed the initial increase to religiously divisive campaigning in advance of the country’s general election.  However, as we have heard, despite election promises, Prime Minister Modi appears to have done little since the election to improve respect for religious freedom.”

He continued: “The UK Government has placed a considerable importance on Prime Minister Modi’s promise of economic reform within India, but will the Minister say what representations have been made on the reportedly increasing levels of censorship in India? Has the High Commission in New Delhi paid any attention to human rights within India, especially with regard to freedom of speech and what media outlets in India claim are rising levels of state-backed attempts to curb dissent?”

“Can I ask the Minister whether the Government have any plan to support and encourage training on human rights and religious freedom for the police and for the judiciary in India? Do the Government ensure that the issue of religious freedom is integrated into regular dialogue between India and the UK?  Once again, as we have heard, the Foreign and Commonwealth Office seems focused on what it called prosperity interventions in India, but what is being done on human rights since Prime Minister Modi came to power? The prosperity agenda and the lives and fundamental freedoms of people must never be part of a cynical trade-off. You cannot trade human rights with economic trade.  Despite the importance of the relationship with India, which I strongly respect, we must not shirk from raising human-rights issues if the country fails to adhere to domestic and international law.”