Ludhiana: Arrested U. K. citizen Jagtar Singh Jaggi was sent on police remand by a Ludhiana court in another case today. Earlier he was on police remand in FIR No. 218/17 (PS Salem Tabri) case, which pertained to the killing of pastor Sultan Masih and after the court of JMIC sent him to judicial custody in this case the police took his transit remand in FIR No.7/16 (PS Division no. 2) case. 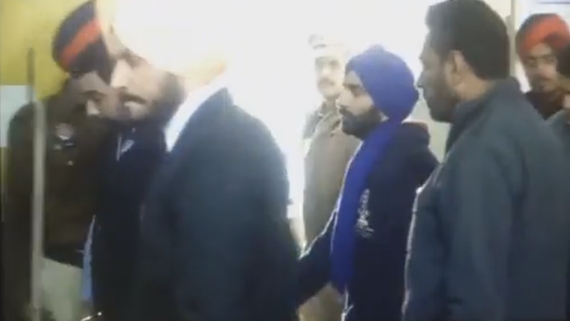 Later he was presented before the court of another JMIC who sent him on 2 days police remand. Case FIR no. 7/16 (PS Division no. 2) pertains to firing on a  Kidwai Nagar Skhakha (Branch) of Hindutva outfit Rashtriya Swayamsewak Sangh (RSS).