Chandigarh: Delhi Sikh Gurdwara Management Committee (DSGMC) General Secretary and Shiromani Akali Dal (Badal)’s senior leader Manjinder Singh Sirsa has once again violated the directive of Akal Takht Sahib by terming the ‘Sikh Genocide 1984’ as ‘riots’. In his written statement issued today, second in this week (copy available with the Sikh Siyasat News), Manjinder Singh Sirsa referred to the events of Sikh Genocide of November 1984 as ‘riots’ where as the Akal Takht Sahib had issued a directive on July 14, 2010 commanding Sikhs to use the term Sikh Genocide while referring to these events. 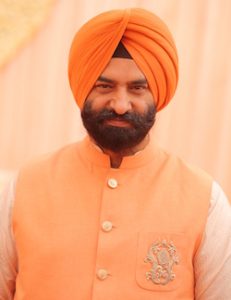 First para of Manjinder Singh Sirsa’s statement reads: “The Shiromani Akali Dal-Bhartiya Janta Party combine MLA Mr. Manjinder Singh Sirsa said today that observations of the Delhi High Court against the accused in 1984 anti sikh riot cases has not only rekindled hope of justice for the community but also has vindicated that accusations leveled against the culprits are right”.

In a previous statement issued on Monday (July 10) too, Manjinder Singh Sirsa referred to the Sikh Genocide 1984 as “Sikh riots 1984”. In Punjabi and Hindi versions of that statement Manjinder Singh Sirsa has used terms “1984 ਦੇ ਸਿੱਖ ਦੰਗਾ ਪੀੜਤ” and “1984 के सिख दंगा पीडि़त” (victims of 1984 Sikh riots) to refer to the victims of Sikh Genocide 1984.

It is notable that Sikhs were subjected to genocidal violence throughout India in November 1984 and these massacres have been recognised as ‘genocide’ by various international authorities and institutions, including the Ontario Provincial Parliament in Canada.

It is pertinent to note here that the Indian government led by the Bhartiya Janta Party (BJP), on whose ticket Manjinder Singh Sirsa became MLA in Delhi, is opposing the official recognition of the fact of Sikh Genocide 1984 by foreign authorities. The BJP government had made huge cry against passing of Sikh Genocide 1984 resolution in the Ontario Parliament. Reports in Indian media state that Indian PM Narendra Modi had expressed his government’s discomfort and opposition over passing of Sikh Genocide 1984 resolution by the Ontario Parliament during his recent meeting with Canadian PM Justin Trudeau on the sidelines of G20 summit.

A question arises here that whether SAD (Badal) leader is trying to payback to the BJP for granting him MLA ticket by toying to their line and denying the fact of Sikh genocide 1984?