Bhopal:  In yet another case of atrocity against Dalits, the members of the upper caste of the village Mana in Agar Malwa district of Madhya Pradesh here on last Friday poured kerosene into a well used by so called low caste villagers. 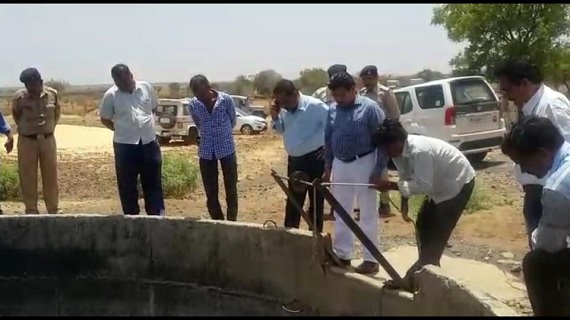 As reported by the media a Dalit villager’s decision to hire a band party to welcome the bridegroom at his daughter’s wedding in a village in Madhya Pradesh drew a cruel retribution from upper caste villagers who poured kerosene into a well used by so-called low castes.

The incident in Mana village in Agar Malwa district, about 200 km from the state capital, last week once again underlined caste fault lines in the country. 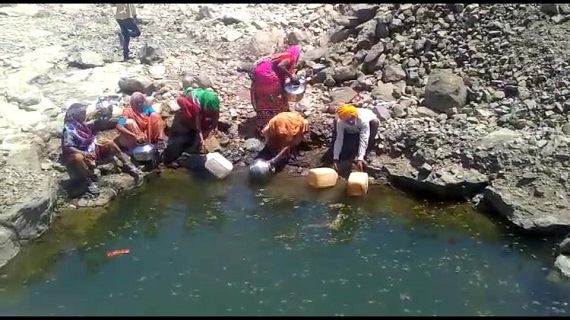 A makeshift well Dalits dug on the banks of the Kalisindh river after their well was contaminated with kerosene.

As the water was rendered unfit for human consumption the Dalit members of the village dug  a hole on the banks of the Kalisindh river for an alternate source of water. Simultaneously, they also used a pump to suck out the contaminated water in the well.

Last Saturday, district collector D V Singh and superintendent of police R S Meena went to the village, drank water from the well used by Dalits in order to reassure them and also talked to the members of the upper caste. The collector also announced that two borewells would be dug in the area where the Dalits live so that they do not have problems in future, reads a quote from a report published in an English vernacular.

In a statement to the media collector D V Singh said that ”they are keeping watch over the situation and that the police are investigating the case”. ”The contaminated water has been pumped out and the water is potable again”.

On April 23, Chander Meghwal, a 45-year-old Dalit had welcomed the groom for his daughter Mamta’s wedding with a band party, despite a warning by the dominant upper castes that he would face social boycott if he hired a band party. According to the village tradition the Dalits are only allowed to use ‘dhol’ to welcome the groom. However, Meghwal had informed the administration about the threat and finally the marriage took place under police protection, said the media sources.

This act of defiance by Chander Meghwal infuriated the upper caste members of the village and they took their ‘revenge’ by spiking the well used by Dalit community as a source of potable water.