Ottawa: The World Sikh Organization of Canada joins calls for the retraction of the report entitled “Khalistan: a Project of Pakistan”, published by the Macdonald-Laurier Institute. The report is authored by controversial, retired CBC journalist, Terry Milewski and includes an introduction by former politician, Ujjal Dosanjh, and former Conservative staffer, Shuvaloy Majumdar.

Published on September 9, 2020, the report claims that the Khalistan movement is driven by Pakistan and that Sikh activism in Canada- a “predictable drumbeat of victimization, persecution and genocide commemoration….[is] part of a stunningly orchestrated campaign that seduces the best intentions of earnest politicians.”

The report, however, fails to substantiate these scandalous allegations through reasonable analysis, facts and references. 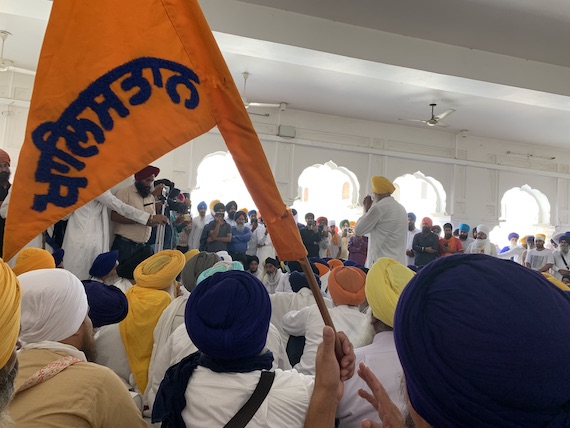 In an unprecedented move, the report was condemned by a group of over 50 scholars who work closely with the Sikh community or in the area of Sikh studies. The scholars, from leading institutions across North America and the UK, called for the report to be retracted as it “maligns all Sikh-Canadians engaging in advocacy as extremist and foreign influenced actors.” In an open letter to the Macdonald-Laurier Institute, the scholars also stated that the report “is shockingly un-Canadian in every aspect, from a lack of respect for free speech, to a parroting of a foreign, Indian government narrative on Khalistani activism” and that “the ‘reference’ section is one-sided showing a lack of literature review or effort to triangulate claims.”

WSO President Tejinder Singh Sidhu said on September 16, “We are disappointed that the Macdonald-Laurier Institute chose to publish the Milewski ‘report’ on Khalistan. The report is poorly researched, makes unfounded claims, fails to engage in a contextually based analysis and makes no attempt to present a balanced analysis on the issue.

The report uncritically parrots a narrative that is pushed by India with respect to Sikhs in Canada. It is noteworthy that various fake news sites in India published articles in support of the report and Indian embassies across the world published links to the report in a transparently calculated manner, shortly after it was released.

The report is an embarrassment to both academic and journalistic standards, and would never pass even the most basic of peer reviews.

The WSO has advocated on behalf of Canadian Sikhs and human rights for over 35 years, whether it is through appearing at the Supreme Court of Canada on behalf of the Sikh community, launching the Sikh Family Helpline, or training youth leaders via the Sikh Youth Leadership Institute. Our work and track record speaks for itself. On the other hand, Mr. Milewski’s work also leaves little doubt as to whom he speaks for.”