Moga: A court in Moga has ordered the Tihar jail authorities to present Bhai Jagtar Singh Hawara in person on July 12, 2018. 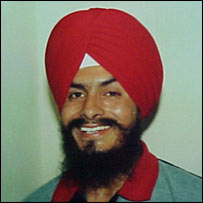 It is notable that Bhai Jagtar Singh Hawara is confined in Tihar Jail in Delhi and he is not being produced in courts, where he is facing trials. Tihar jail authorities cite alleged “security reasons” to avoid his personal presence during court hearings.

Bhai Jagtar Singh Hawara’s counsel Advocate Jaspal Singh Manjhpur said that the court heard the arguments on chargesheet filed by the police against Bhai Jagtar Singh Hawara in Badhni Kalan FIR no 10/2015. “The court has reserved the decision on chargesheet for July 12 while issuing production warrants directing Tihar Jail to ensure Bhai Hawara’s personal presence in the court on said date, he added.