The new report, #ToxicTwitter: Violence and abuse against women online, based on interviews with women who have faced online violence and abuse, shows that the company is failing to respect the human rights of women because of its inadequate and ineffective responses. It details a series of concrete recommendations for how Twitter can become a safer place for women, including by sharing data on the functioning of its reporting mechanisms.

“Women have the right to live free from discrimination and violence, both online and offline. But by letting abuse against women flourish, Twitter is undermining these rights. Despite repeated promises to clean up the platform, many women are logging onto Twitter to find death threats, rape threats and racist or homophobic slurs littering their feeds,” said Azmina Dhrodia, Technology and Human Rights Researcher at Amnesty International.

In 2017, the rights group polled 4,000 women in eight countries and found that over three quarters (76%) of women who had experienced abuse or harassment on a social media platform made changes to how they use the platform. This included restricting what they post: 32% of women said they’d stopped posting content that expressed their opinion on certain issues. 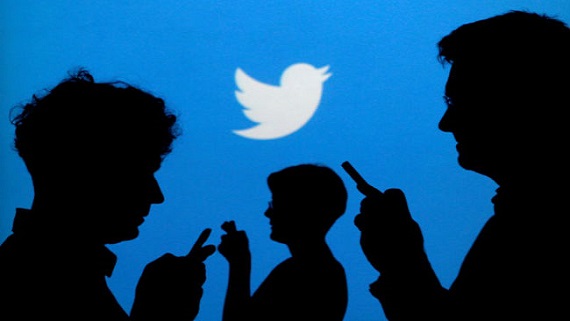 On the day Twitter celebrates 12 years since the first tweet, Amnesty launches a new campaign challenging the company’s failure to prevent online violence and abuse against women. (Source NDTV))

CEO Jack Dorsey issued a plea for help this month, pledging to make the company publicly accountable on efforts to improve the “health” of conversation on its platform. However despite several requests from Amnesty International, Twitter refused to make public meaningful data on how the company responds to reports of violence and abuse, on the grounds that such data “is not informative” because “reporting tools are often used inappropriately”.

Further, Twitter disagreed with Amnesty International’s findings and said it “cannot delete hatred and prejudice from society”, and explained it had made more than 30 changes to its platform in the past 16 months to improve safety and had increased the instances of action taken on abusive tweets.

Twitter has a responsibility to respect human rights, including the rights to live free from discrimination and violence, and to freedom of expression and opinion.

While the UK based Human Rights group acknowledges that context is important when sharing any raw data, there is nothing to stop Twitter from providing context alongside data, and upholding its duty to be transparent in how it deals with reports of violence and abuse. Twitter should also implement its own policies on hateful conduct and focus on enabling and empowering users to curate a safer and less toxic Twitter experience.

Online violence and abuse against women in India

In India, research has shown that increasing access to the internet has resulted in more and more women facing online violence and abuse for participating in public life and sharing their opinions on social media platforms.

Detailing her experiences with online abuse on social media platforms, especially Twitter, Indian journalist Rana Ayyub said, “There was a lot of hate and there was character assassination and the kind of malicious, vicious character assassination that I had not witnessed before. I have reported so many profiles, but seems like it just does not matter to them.”

Today, Amnesty International India is launching a campaign to address the issue of online violence and abuse against women.

Through its campaign, the rights group will urge social media platforms like Twitter to follow their own community guidelines and policies. In addition, Amnesty International India will raise awareness on what constitutes online violence against women and how it can be tackled through better implementation of existing protection mechanisms, and document stories of Indian women who have faced online abuse to highlight the magnitude of the issue in the country.

“Women who express an opinion online are often targeted with abuse and left with no option but to either block the abuser or resort to silence, when the threats become unbearable. Social media platforms should be held accountable to address the violence and abuse that women are facing on their platforms”, said Asmita Basu, Programmes Director, Amnesty International India.