Amritsar: To commemorate 55th Punjab day, the Dal Khalsa today held a rally to highlight contentious issues related to denial of rights and Punjab’s destiny beside farmer’s distress. The organization blamed the centre for treating Punjab as its colony and looting states’ river waters and natural resources through arm-twisting. Its leaders demanded visa free entry and free trade for accessing central and western Asia’s market via Wagha border. 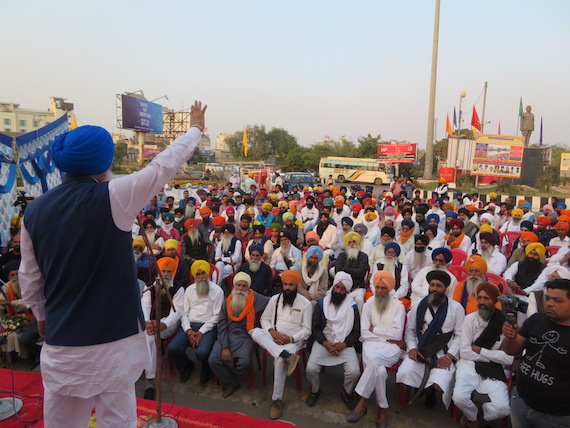 A view of rally by Dal Khalsa on Punjab day

Remembering the 36th genocidal week of Nov 1984 killings of Sikhs in Delhi and elsewhere, the Dal Khalsa activists held a March carrying torches and placards. 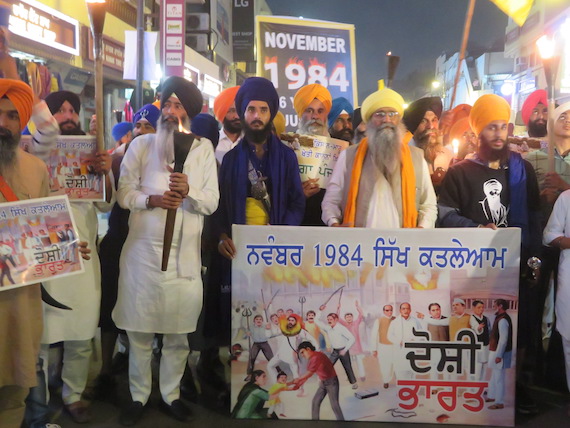 A view of November 1984 remembrance march held by Dal Khalsa

Another view of November 1984 remembrance march held by Dal Khalsa

He urged the UN and world powers to send their teams to Punjab to see how fascists policies of the Modi govt was ruining the economy of the state and lives of youth and farmers by framing draconian and black laws. 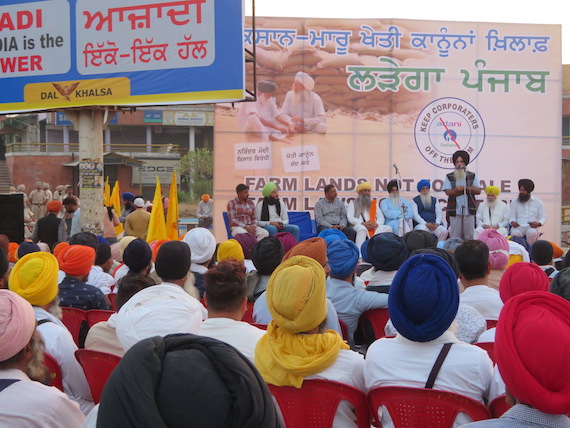 Another view of rally by Dal Khalsa on Punjab day

The activists carried placards on which it was written November 1984 Justice denied and UN silence baffling. Another placard supported the Farmers cause and called our Farmer, our honour. 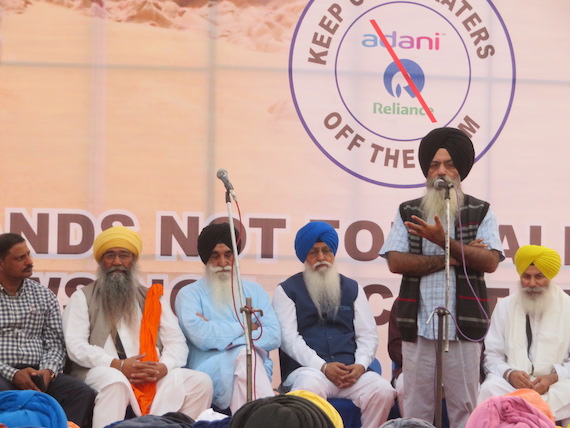 Another view of rally by Dal Khalsa on Punjab day

Party spokesman Kanwar Pal Singh released the policy document in which it reiterated party goal for Punjab’s sovereignty and self-rule through right to self determination The gathering gave a call for boycott of Reliance and Adani goods and services.