Chandigarh: As per media reports Pakistani fighter jets crossed LoC and entered into Indian Occupied Kashmir’s air space on Wednesday, 27 February. A report in The Quint notes that the Pak jets dropped bombs on the way out.

Earlier, Pakistan Army spokesman Major General Asif Ghafoor said Pakistan will “surprise” India with its response that will be in all domains including “diplomatic, political and military.”

Meanwhile, forces of India and Pakistan are reportedly engaged in intense exchange of gunfire resulting in military and civilian casualties across line of control in disputed area of Kashmir.

Two Indian Air Force pilots died on Wednesday as a MiG-21 jet crashed in Budgam district of Jammu and Kashmir. 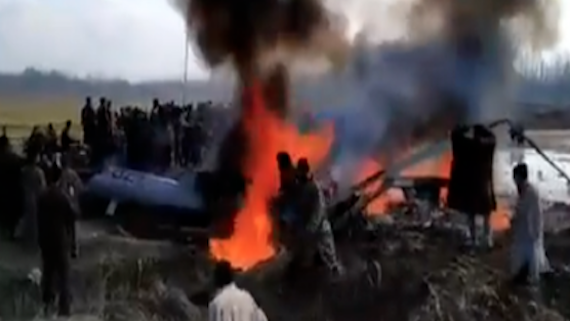 The jet crashed in an open field near Garend Kalaan village in Budgam at 10.05 am, the officials said. It broke into two and caught fire immediately, the officials said, adding that two bodies were seen near the site of crash. The identity of the deceased could not be confirmed immediately.

Reports in media say that Indian officials have maintained that “the plane crash is a separate incident and has nothing to do with the Pakistani jets entering Indian airspace”.