Chandigarh: Pakistan’s Joint Investigation Team (JIT) that visited India last week has questioned the evidence presented by India on the Pathankot airbase attack, including the claim that the attackers had come from Pakistan, according to a Pakistani news report on Tuesday.

The report posted on Pakistan Today news website said that India exaggerated the impact of the raid to “malign” Pakistan and gain world attention.

The opposition parties in India have started launching fresh attacks on the Narendra Modi-led government. The government was already under attack from the opposition for allowing a Pakistani military spy agency representative, who was part of the JIT, access to an Indian military base. 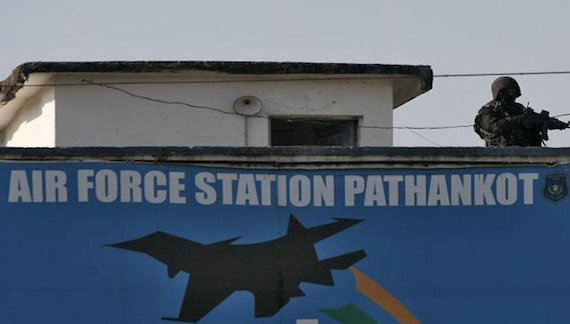 According to the Pakistan report, within hours of the assault, all the attackers were shot dead by the Indian security forces, contradicting Indian defence minister Manohar Parikkar’s statement that it had taken Indian security personnel 36 hours to hunt down the militants and some more hours to remove booby traps and planted explosives.

“The Indian authorities made it a three-day drama to get maximum attention from the world community in order to malign Pakistan,” the report said, adding that India used the attack as a tool to expand its “vicious propaganda” against Pakistan “without having any solid evidence to back the claim”.

“The report concludes that the Pathankot attack looked like another false flag operation fully facilitated by the Indian army just to put the blame on Pakistan,” the report quoted an unidentified source as saying.

The Pakistani JIT was allowed in the Pathankot airbase from a narrow passage out of a breach in the compound wall rather than the main entry gate, an unidentified source was quoted as saying by the news report. The team was denied the opportunity to collect evidence from the site of the attack, it said, adding that no major damage was done to the base and that the Indian authorities showed the JIT the place from where the gunmen had entered.

The JIT will finalise its report and hand it over to Pakistan prime minister Nawaz Sharif “in the next few days”, the Pakistan Today report said.