Pennsylvania, USA: The State Assembly of Pennsylvania (USA) has passed a resolution recognising the fact of Sikh genocide of November 1984. The assembly has recognised the November 1984 massacre of Sikhs as ‘genocide’. The resolution submitted by Reps. Alex Charlton and Jamie Santora as noncontroversial resolution under rule 35. 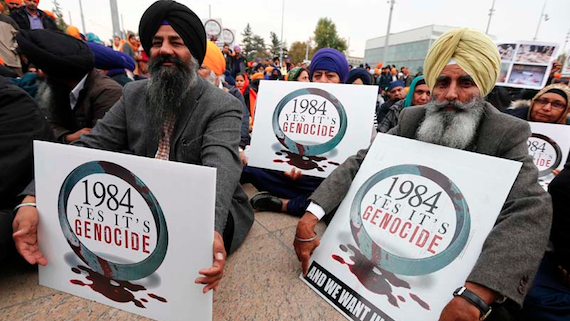 It further says that the Sikh genocide lasted three days and over 30,000 Sikhs were brutally murdered or died as they were hunted in their homes, where they were hacked and burned alive.

Earlier, on the issue, US Congress organized a Congressional Briefing on Prevention of Genocide. United Nations under- Secretary General Mr. Adama Dieng,attended as a panelist.

⊕ FIND THE RESOLUTION ON OFFICIAL WEBSITE OF GENERAL ASSEMBLY of PENNSYLVANIA.