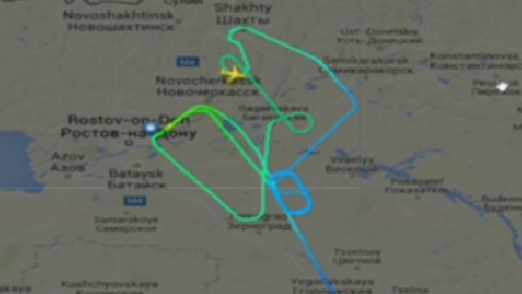 Local officials said at the time of the crash, there was strong, gusting wind in the Rostov area.