Ludhiana: The police today started forcible administration of glucose to fasting Sikh activist Bapu Surat Singh Khalsa. The health condition of Bapu Surat Singh reportedly deteriorated today as he had stopped drinking water on July 20 evening when he was forcibly admitted to civil hospital of Ludhiana by the police.

Bapu Surat Singh’s daughter Sarvinder Kaur said that the police ordered them to leave the hospital room where Bapu Surat Singh was kept under supervision of medical specialists. 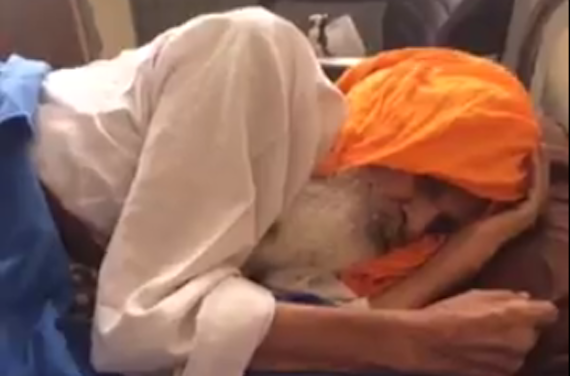 As per information the district administration took a decision to force-feed Bapu Surat Singh after he fell unconscious.

“While stating that release of Sikh detainees was not under jurisdiction of state government , chief minister Parkash Singh Badal advised the leaders leading agitations in support of release of Sikh prisoners to study the law and read the direction of Supreme Court (SC) and help state government to maintain hard earned peace”, Times of India (TOI) quotes CM Badal as saying.

CM Badal’s statement is in clear contrast with what he had said two days back.

“Chief Minister Parkash Singh Badal said the SAD-BJP alliance government was making all-out efforts within the parameters of the law, to ensure release of Sikh prisoners, who are languishing in jails across the country after having completed their sentences” PTI had reported on July 20.