Chandigarh/ Moga: Punjab shut down call invoked mixed response in Punjab today. The impact of shut down was clearly visible in Amritsar, Bathinda, Jalandhar Ropar where as the call from Sikh organisations was notable to trigger response in Patiala, Ludhiana, Sangrur and Mohali.

The police reportedly resorted to lathicharge on Sikh activists in Moga. Eyewitnesses from Moga told Sikh Siyasat News (SSN) that a groups of Sikh activists led by Sukhwinder Singh Azad was requesting shopkeepers to extend their support to the Punjab shut down call at Partap road when the police lathicharged them without any prior warning.

Police took away Sukhwinder Singh Azad and some other Sikh activists and dropped them on the outskirts of a village away from Moga city. 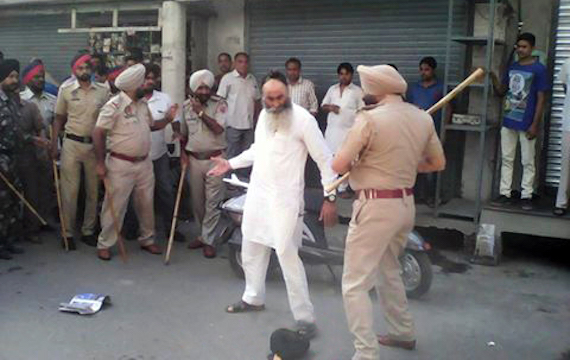 Sources said that after returning to the Moga city, Sukhwinder Singh and others went to civil hospital for treatment of their injuries but the police took them into custody and they were kept in a police station in Moga. They were released in the evening by the police. 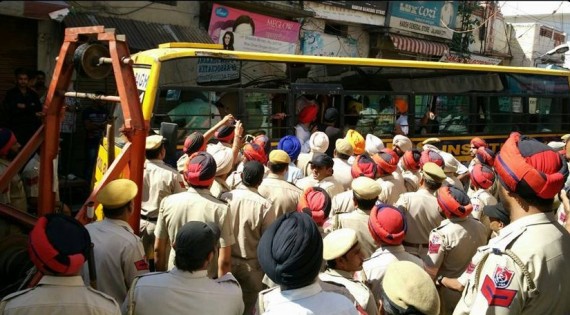 As per reports around two dozen Sikhs were taken into custody by Jalandhar police from Gurdwara Diwan Asthan, Central Town, Jalandhar. 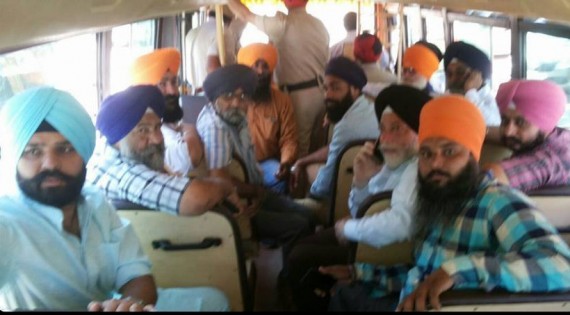 Heavy security arrangements were made by the Punjab police through out Punjab.

Members of SAD (Mann) have alleged that the police put pressure on shopkeepers to open their shops in order to make an impression that there was response to the shut down call.