Chandigarh: Punjab state assembly last budget session started today, as the state is going for polls in 2017. On the inaugural day of assembly session Punjab governor Kaptan Singh Solanki said that Punjab’s right to waters of its rivers should be safeguarded the Centre should remove discrimination in sharing it with neighbouring states.

Noting that injustice and discrimination was meted out to Punjab over its river waters, Governor said in his address to the assembly that the people of the state have also been heavily discriminated against by refusal of the Centre to transfer Chandigarh to Punjab.

Notably Kaptan Singh Solanki is also Haryana’s governor. He said that Punjab government had been seeking a solution to the river water issue in consonance with Riparian Principle. 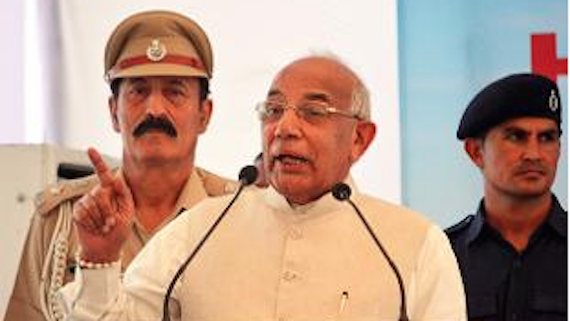 “This (Riparian Principle) has been implemented to resolve river water disputes throughout the country,” he said in his 36-minute address.

He said that several Punjabi speaking areas left out of the state at the time of reorganisation in 1966 have still not been included in Punjab.

Congress MLAs reportedly stopped Chief Minister Parkash Singh Badal at the entrance of Assembly over the SYL issue before the commencement of the Governor’s address which delayed the speech by three minutes.

As the Governor started his address, Congress MLAs sporting black bands staged a demonstration in the Well of the House for about five minute before trooping out of the Assembly raising anti-government slogans.

Notably the Supreme Court of India has recently resumed hearing of a case related to the Sutlej Yamuna Link (SYL) Canal. The hearing was resumed on the request of Haryana Government on Presidential Reference seeking Supreme Court’s opinion on validity of Punjab Termination of Agreements Act, 2004.