Chandigarh (Vijay Mohan*): While making up less than 2 per cent of India’s landmass, Punjab accounts for 88 per cent of the total habitations in the country that are adversely affected with the presence of heavy metals in groundwater.

Till December 2017, as many as 2,139 habitations or villages in the state were reported to the integrated management information system of the Ministry of Drinking Water and Sanitation as having more than the permissible levels of heavy metals.

The total number of affected villages in the country, according to the data compiled by the Central Ground Water Board (CGWB) is 2,420, which includes 273 in West Bengal, seven in Assam and one in Karnataka. The neighbouring states of Haryana, Himachal Pradesh, Rajasthan and Jammu and Kashmir have not reported water contamination by heavy metals in any of their habitations. 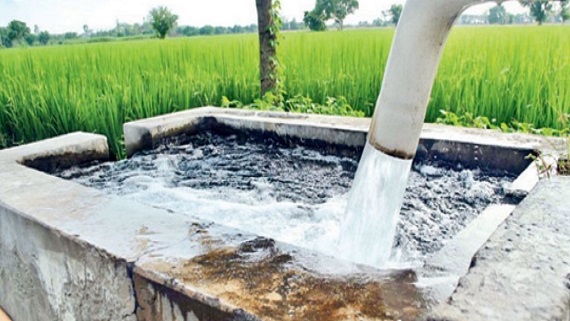 Heavy metals include aluminum, nickel, cadmium, chromium, lead and mercury and their enhanced presence in environment is due to increasing levels of domestic and industrial effluents, excessive use of fertilisers and unscientific disposal of toxic items. They are hazardous to human health as well as ecology.
The contamination of groundwater by lead is more prominent in the districts of Amritsar, Bathinda, Ferozepur, Gurdarpur, Muktsar and Ropar. Cadmium has a higher presence in Fatehgarh Sahib, Ludhiana, Nawanshahar, Patiala, Ropar, Sangrur, SAS Nagar and Tarn Taran districts. Chromium is the major contaminator in Amritsar, Bathinda, Gurdaspur, Kapurthala, Mansa, Ropar, Barnala, Sangrur, SAS Nagar and Tarn Taran districts.

Punjab is also among the states that tops the charts for the presence of fluoride, arsenic nitrates and iron in groundwater. The number of villages affected by these elements in Punjab is much more than that in Haryana and Himachal.

The deterioration of groundwater quality as well as falling levels has been cause of concern for the past few decades.

Analysis of pre-monsoon data for 2017 with the 2007-2016 decadal average carried out by the CGWB reveals that 85 per cent of survey wells in Punjab showed a fall in water level. For Haryana, Himachal and Rajasthan, the fall is in 69, 63 and 50 per cent of the wells.