As per information SAD (B) leaders and Punjab government ministers, including Dr. Daljit Singh Cheema, Tota Singh, Sikandar Singh Maluka and Maheshinder Grewal, were to address a conference organised by Badal Dal’s Toronto unit. Sikh activists eventually took up the control of the Badal Dal conference held at Woodbine Banquet hall and Punjab ministers did not dare to turn up at the conference hall. 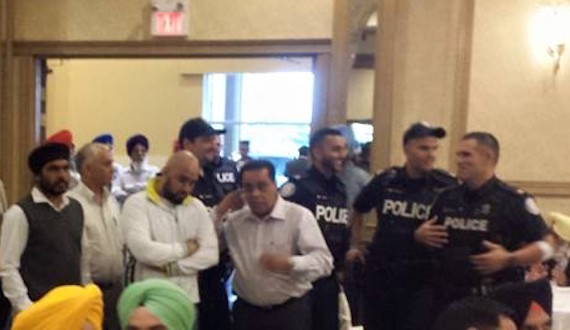 Police was called up by the organizers of the event. A view of police deployment inside the conference hall

Badal Dal had issued an advertisement in local newspapers inviting the Punjabi community in Toronto to participate in this public event. But when Toronto’s Sikh organisations resolved to question Punjab ministers during the conference, Badal Dal leaders started to claim that 17 July function was a private event. Soon after the program started at Woodwine Banquet hall last (July 17) evening, local Sikh leaders and activists of various Sikh organisations arrived. 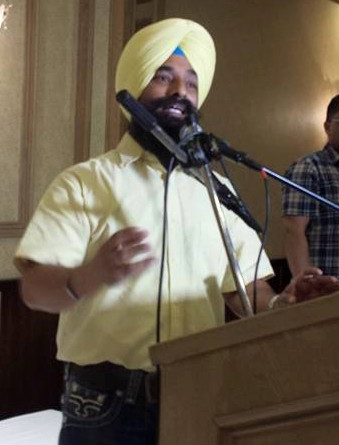 A Sikh youth activist Harpreet Singh speaking at the confernece

Sikh youth leaders took control of the stage and raised serious questions about role of Badal Dal’s government in Punjab. Sikh speakers stated that the Badal Dal led Punjab government has ruined the Punjab and betrayed the people of Punjab. They questioned Badal Dal leaders on various issues including the looting of Punjab’s river water, rampant drug abuse and continued incarceration of Sikh political prisoners.

SAD (Badal)’s Toronto president Beant Singh Dhaliwal arrived in the Banquet hall with some police personnel but when he tried to speak on the stage people raised slogans and asked him to bring forth SAD (B)’s Punjab ministers so that they could ask them questions.

Some observers opined that only a few of Badal Dal’s supporters had turned up at today’s event and even many of their supporters agreed to objections raised by those who were opposed to the event.

On the other hand many Sikh diaspora activists said that they were not opposed to the event and they were attending the public event on the invitation of SAD (Badal). 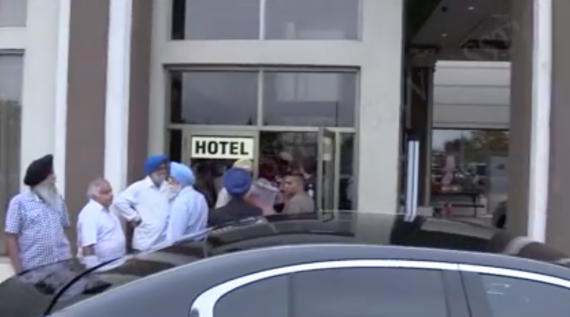 SAD (Badal) leaders Dr. Daljit Singh Cheema, Tota Singh, Sikandar Maluka and Maheshinder Grewal preferred to stay inside their hotel rooms and did not turn up at the “Akali Conference”

Local Punjabi media has reported that the conference came to an end even with any formal address by any of the Badal Dal’s leaders. This led to disappointment for the SAD (Badal) supporters.

“This thing should not have happened. They (Dr. Cheema, Tota Singh and others) are elected representatives of Punjab and they should have been allowed to speak”, a supporter of Badal Dal supporter expressed his disappointment while interacting with a local Punjabi Tv. 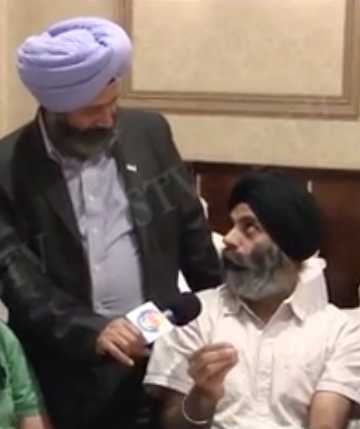 But on the other hand, Sikh activists complained that Badal Dal ended up the event without providing them any chance to question their Punjab leaders. “They (SAD Badal) had tendered an open invitation saying that their leaders and Punjab ministers would answer to all sort of questions. We were waiting for them but they did not even turn up at the event”, a Sikh activist Balkaran Singh said.

Rana Randhir Singh Sidhu, host of a Punjabi TV, said that it might be the first time in Toronto that the program ended up without participation of organizers.

“There were only few supporters of Akali… don’t know why… but it is a fact that when Harpreet Singh raised slogans it appeared as if all those present were against Akalis… and no one was there to support them”, he told SurSagar Tv.

It is pertinent to note here that Punjab’s senior ministers belonging to SAD (Badal) are touring foreign countries to gather support of NRIs for upcoming 2017 state assembly elections in Punjab. 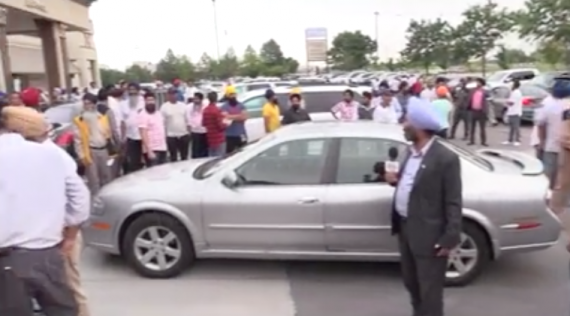 The conference eventually ended up even before its formal inaugation