Chandigarh: Every genocide is followed by ‘denial’. International scholar of Genocide studies, Dr. Gregory H. Stanton in his research titled ‘Eight Stages of Genocide’ states that ‘denial’ is eighth, last and never-ending stage of genocide. Same is true in case of ‘Sikh Genocide 1984’ also. Indian state and its organs, such as governments, media, political parties, politicians etc, deny the fact that Sikhs were subjected to genocide in 1984 throughout India. 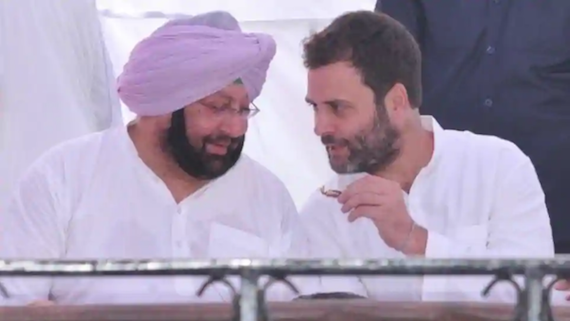 It is in this view the recent statement of Congress chief Rahul Gandhi should be seen. Responding to a query during an interaction in London, Rahul Gandhi said that Congress party did not participate in violent attack on Sikhs in November 1984.

As per media reports: To a question being asked by the CNN-News18 at an event in the UK Parliament about the 1984 violence, Rahul Gandhi said: “I have no confusion in my mind about that. It was a tragedy, it was a painful experience. You say that the Congress party was involved in that, I don’t agree with that. Certainly there was violence, certainly there was tragedy.”

Given the scale of facts put on record right from the publication of “Who are Guilty?” report Rahul Gandhi’s statement can be termed as a blatant lie. Congress party’s opponents are already terming it as such. But its not merely a lie rather it’s part of a considered policy of denial and even Rahul Gandhi’s critics such as BJP politicians also practise that policy. They would criticise Rahul Gandhi for denying Congress participation in the 1984 massacres but won’t admit that the 1984 massacres were in fact genocide.