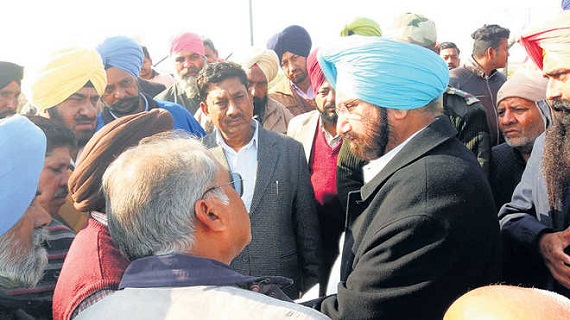 A drainage department team, led by Chief Engineer Adarsh Kumar Bansal, visited the area near Chandu Wadala village where a lot of soil erosion has already taken place. The team arrived after local MLA Sukhjinder Singh Randhawa sent a request for help to the state government.

As reported by the media sources, the state government has directed the Gurdaspur administration to divert funds worth Rs 4 crore, which originally were meant for developmental initiatives, to tame the situation.

“A flood threat looms large over Dera Baba Nanak town following the changed course of the Ravi. A disaster can be averted only if steps are taken before the first rain lash the area in June. The wire fencing, too, is in danger of being washed away as the waters are flowing barely 200 yards away,” reads the quote from a statement of  MLA Sukhjinder Singh Randhawa published in The Tribune (TT).

“The smoke signals are clear. Do something now or perish. That is why we are starting work immediately,” a drainage official reportedly said.