Toronto, Canada: In a letter written to the Canadian Prime Minister Justin Trudeau, the Canada unit of Shiromani Akali Dal Amritsar (Mann) maintained that there was a growing fear among immigrant communities that the “2018 Public Report on the Terrorism Threat to Canada” is promoting hate against them, could be subject to an attack such as Christchurch NZ where 50 Muslims men, women and children were gun down by a white supremacist who claims to be racist against immigrants. 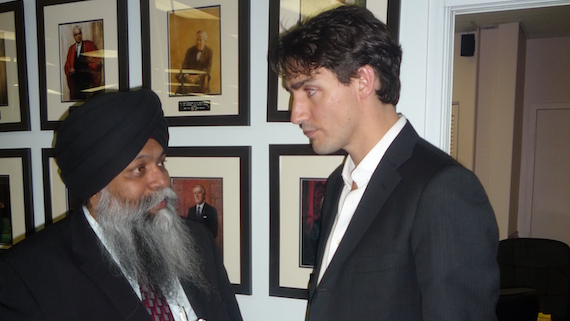 “Since Min Goodale has been unsuccessful to share proof of Sikh extremism, meanwhile the report is spreading hate against Sikh and other communities which are wrongfully included in the report”, said he.

“In the light to Christchurch New Zealand terror attack at two Mosques which killed 50 Muslims while praying; we urge the Government of Canada to immediately act on “2018 Public Report on the Terrorism Threat to Canada” with our demand prove it or remove it”, he added.