Thiruvanathpurm: An RSS worker was arrested on Sunday (Feb. 3) who was prime accused in a bomb attack on a police station in Thiruvananthapuram.

According to the police Praveen, a district functionary of the RSS, and his accomplice Sreejit, a worker, threw bombs at the Nedumangad Police Station during the January 3 shutdown protesting against the entry of two women into the Sabarimala Temple.

The duo was arrested from the a railway station in Thiruvanthapuram, the police claimed. 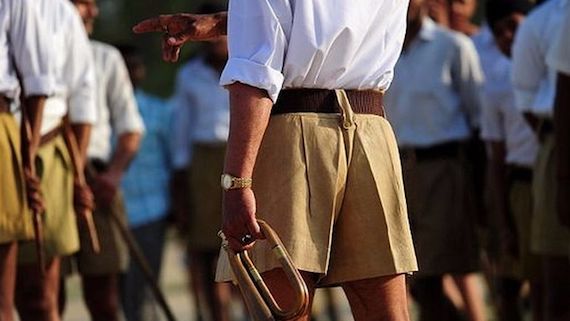 Police had issued a look out notice against Praveen after CCTV visuals showed him hurling at least four bombs at the police station during a clash with the Communist Party of India (Marxist) workers.

Guarded by four policemen in civil dress, the two women, Kanakadurga, 44 and Bindu, 42, created history by entering the hill-shrine on January 2.

“A 12-hour shutdown was called by the Bharatiya Janata Party (BJP) and other Hindu outfits to protest against their entry. The Supreme Court had on September 28 lifted the ban on entry of girls and women between 10 and 50 years of age into the shrine dedicated to Lord Ayyappa”, notes a report in NDTV.