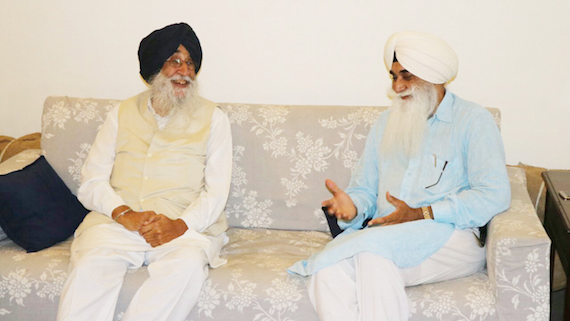 It is notable that various England based Sikh organisation had recently announced to form an organisation called World Sikh Parliament. S. Simranjit Singh Mann had raised objections against this move stating that as per the resolutions adopted during the Panthic gathering of November 2015 at village Chabba (near Tarn Taran), only the acting Jathedars appointed by that gathering had the authority to form such an organisation.

As per SADA release both S. Simranjeet Singh Mann and Bhai Harpal Singh Cheema agreed to hold followup meetings after discussing the issued with in their party circles.