New Delhi: The Supreme Court of India (SCI) has dismissed a review petition against jail transfer of Scottish citizen Jagtar Singh alias Jaggi Johal and others. The review was filed against a SCI order allowing jail transfer of Jagtar Singh Jaggi, Hardeep Singh Shera, Ramandeep Singh Bagga and others to Tihar jail in Delhi. The court had also transferred cases against them from Special NIA court Mohali to a similar special court in Delhi.

CASES & CUSTODY WAS TRANSFERRED on WRONGFUL ASSUMPTION: Plea for Review

Advocate Jaspal Singh Manjhpur, defence counsel for Hardeep Singh Shera and Ramandeep Singh Bagga said that the petition was moved by senior advocate Colin Gonsalves. The review petition had highlighted that the cases and jail transfer order passed by SCI in July 2019 was based on a wrongful assumption that ‘several witnesses have been shot dead’. 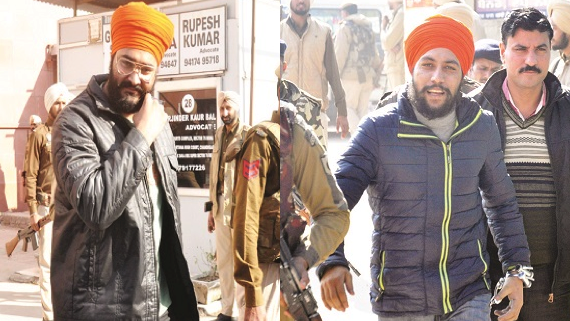 “In July 2019 order the SCI had said that ‘several witnesses have been shot dead’ and on this basis the SCI issued order directing transfer of Hardeep Singh Shera, Ramandeep Singh Bagga and others, including Scottish citizen Jagtar Singh Johal, to a jail in Delhi. The court had directed transfer of their cases from Mohali NIA to a similar court in Delhi. But the basic fact is that no witness is shot dead. So the order was based from wrongful assumption. Therefore we had filed a review petition”, said Advocate Jaspal Singh Manjhpur while explaining the basis of review petition.

“The review petition was considered by same judge who had passed the July 2019 order. It was considered in Judge’s chamber and was summarily dismissed”, added he.

“Ignoring the point raised in review petition, the judge said that no fault was found in previous order”, said Advocate Jaspal Singh Manjhpur while adding that a curative petition will be moved in SCI in this matter.

“We know that there is a basic flaw in July 2019 SCI order which is sufficient to invalidate the order. Therefore we shall file curative petition. It is expected that such a petition will be heard by a different bench”, said he.


NO PROGRESS IN CASES SINCE NOVEMBER 2018:

Talking to Sikh Siyasat News (SSN), Advocate Jaspal Singh Manjhpur said that there has been no progress in cases against Jagtar Singh Johal and others since November 2018.

“The cases were being heard by special NIA court with Mohali when the SCI granted ex parte stay on court proceedings in November 2018. The cases were transferred from NIA court in Mohali to a similar court in Delhi in July 2019. But no substantial progress has taken place in these cases since November 2018″ he said while alleging that the prosecution agency was causing undue delay in trial with connivance of the judiciary.

On being asked that why would judiciary or prosecution agency cause undue delay, he maintained that the NIA lacks evidences to substantiate the allegations and want to unduly harass the arrested persons by maximising their undertrial custody.

“When NIA court in Mohali refused NIA’s plea to transfer arrested persons to a jail in Delhi, they took stay on proceedings in Mohali court from SCI. The SCI transferred cases, along with custody of arrested persons to Delhi, on a wrongful assumption. No substantial proceedings have taken place since November 2018″, he pointed while asking that ‘if this was not undue harassment, then what else is it?”.

“We have requested for speedy trial but the NIA is causing delay”, he added.