Passed on February 3, the resolution is the first of its kind by any legislative body in the US. It claims that the CAA “is the first instance of religion being used as a criterion for Indian citizenship” and warns that a proposed National Register of Citizens could strip citizenship from “hundreds of millions of people.” It also blames Modi for the 2002 Gujarat Pogrom “in which an estimated 2,000 people were killed in anti-Muslim violence, and many Muslim women were targeted for rape and other forms of sexual violence.”

In 2002, Modi was Chief Minister of Gujarat when members of his administration organized a three-day pogrom against Muslims. Human Rights watch reported that Modi’s Hindu nationalist Bharatiya Janata Party and its parent organization, the Rashtriya Swayamsevak Sangh, were “the groups most directly responsible for violence.” HRW further reported police were passive observers and sometimes even participated in the killings. In 2005, Modi was banned from entering the US because of his responsibility for “particularly severe violations of religious freedom.” 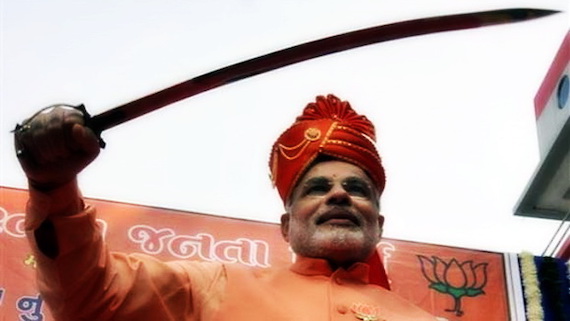 In 2007, participants in the pogrom were caught on camera confessing that Modi sanctioned the violence. Whistleblowers also blamed Modi. BJP minister Haren Pandya told media that Modi had ordered state and police officials to allow the massacre to take place. Senior police official Sanjiv Bhatt corroborated the claim. Pandya was assassinated soon after; Bhatt was suspended and jailed.

Seattle’s resolution was introduced by City Councillor Kshama Sawant after she spoke at an anti-CAA rally in December 2019.

“The CAA and NRC are key stepping stones towards the RSS’s goal of establishing a religious apartheid state in India,” commented Pieter Friedrich, an analyst of South Asian affairs who attended the city council meeting. “The RSS’s ideologues said Indian Muslims should be treated like German Jews, and its earliest leaders praised Nazi racial policies like the Nuremberg Laws. Modi, a lifelong member of the RSS who was groomed to be prime minister, is enacting that Nazi-inspired paramilitary’s fascist vision.”

The Organization for Minorities of India, a human rights collective, warns that Modi’s administration is sponsoring new violence. “Modi is sending his police out to murder anti-CAA protestors in India,” says Arvin Valmuci, OFMI spokesperson. “BJP Minister Anurag Thakur was just caught inciting a mob to shout ‘shoot the traitors.’ We fear that Modi may replicate the Gujarat model that earned him the Butcher of Gujarat title. Seattle’s courageous stand against the fascism of Modi’s government should set an example for many other American cities to follow suit.”