Switzerland (January 18, 2013): Ahead of Kamal Nath’s trip to Switzerland right groups “Sikhs For Justice” (SFJ) and a Swiss NGO “Movement Against Atrocities & Repression” (MAR) filed a preliminary indictment with Attorney General of Switzerland urging prosecution of Nath for his role in genocide of Sikhs during November 1984. The eleven page criminal complaint filed with Michael Lauber, Swiss Attorney General is based on provisions of Swiss Penal Code which provide jurisdiction over genocide offenders and on the ratification of the UN Genocide Convention by Switzerland and India. Under Article 1 of the Convention, Swiss authorities are under obligation to prosecute and punish the individuals who participated in Genocide. Articles 6 and 264 of the Swiss Penal Code give jurisdiction to the Swiss authorities over the individuals who participated in genocide if they are present on Swiss soil.

The complaint alleges that “on November 1, 1984, Nath lead an attack on Gurudwara Rakab Ganj in Delhi. Nath was leading and in control of a death squad comprising of thousands. On the instigation, orders and directions of Nath, many Sikhs were burnt alive and the Temple was put on fire. Police was present at the scene of occurrence at all times but instead of preventing the attack, the police upon Congress leader Kamal Nath’s instructions joined the attackers and fired several rounds at the Gurudwara.”

According to attorney Gurpatwant Singh Pannun who practices human rights law in the United States, filing of indictment is a first step towards prosecution of genocide offenders in Switzerland. On January 23rd while Kamal Nath will be present on Swiss soil, an application will be moved before the Cantonal Court of Davos for issuance of arrest warrants against Nath on the charges of inciting, participating, conspiring, aiding, abetting and carrying out genocidal attacks on Sikh population of India in November 1984, added attorney Pannun.

According to Harminder Singh Khalsa spokesman for MAR, a rally will held on January 26th in Davos to protest against Nath’s presence in Switzerland.

In February 2011, “Center for Constitutional Rights (CCR)” a human rights NGO filed a similar complaint against Bush for allowing torture of detainees. Fearing prosecution and possible arrest, President Bush had to cancel his Geneva Trip. 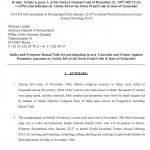 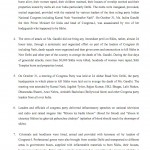 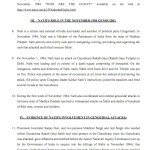 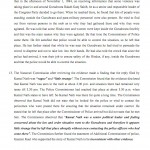 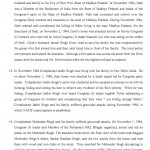 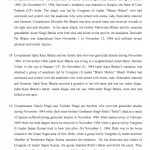 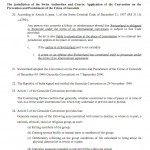 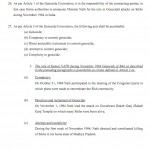 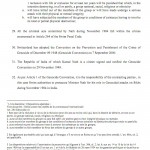 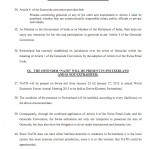