Members of Brahmin Sabha had also thrashed Gurdwara Sevadar Shadi Singh besides throwing away his belongings out of Gurdwara Sarai. 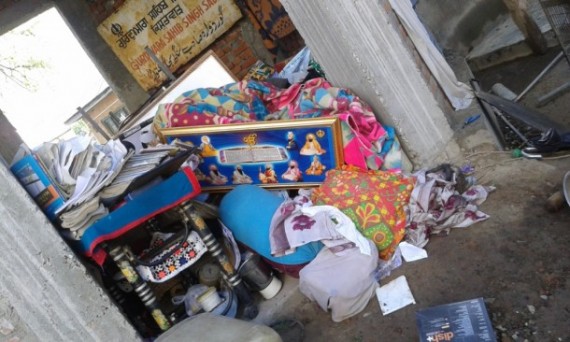 Belongings of Gurdwara Sewadar were thrown out of rooms by miscreants

President of SGPC stated that Brahman Sabha activists have hurt the Sikh sentiments. He urged J&K CM to handover the management of Gurudwara Sahib to Sikh Gurdwara management committee that was previously managing the affairs of the Gurdwara Sahib. Avtar Singh Makkar also demanded strict action against culprits.

A copy of this letter has also been sent to Deputy Commissioner of Kishatwad.