Maharashtra: Amid the ongoing tussle between the BJP and the Shiv Sena over government formation in the state, Devendra Fadnavis on Friday resigned as chief minister. He submitted his resignation to Governor BS Koshyari at the Raj Bhawan in Mumbai. The development came after the Shiv Sena remained firm over its demand for sharing the chief minister’s post and asked the BJP not to misuse the provision of “caretaker” government to remain in power in the state. The term of the existing Assembly is due to end on November 9. 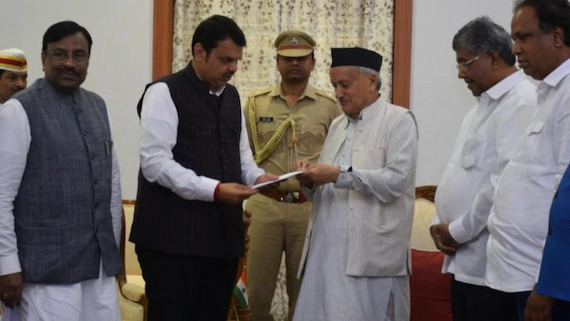 Earlier, Sena leader Sanjay Raut said the BJP should approach the Uddhav Thackeray-led party only if it agrees to share the chief minister’s post with the junior saffron ally.

“The BJP shouldn’t prolong the caretaker provision and act from behind the curtains. We won’t mind if the BJP, as the single largest party, stakes claim and forms the government,” the Rajya Sabha MP said.

In the state assembly of 288, the BJP has secured only 105 seats. Its’ ally Shiv Sena has 56 seats. Though opposition Nationalist Congress Party (54) and Indian National Congress (44) are far being the BJP, it need assured support of Shiv Sena to form government. The Shiv Sena has become more assertive and wants BJP to share CM post with it.