Amritsar: To mark the first anniversary of Kartarpur Sahib corridor on Nov 9, the Dal Khalsa along with Akal Federation will hold a meet at Dera Baba Nanak-Kartarpur border.

Party spokesman Kanwar Pal Singh said their organization believes that Kartarpur Sahib Corridor was a landmark achievement for the Sikhs.

He said Indian government in the wake of the COVID-19 pandemic outbreak temporarily suspended the operations on March 16. He said since then India refuses to reopen the Corridor despite Pakistan reopening it in June this year.

The community leadership including Akal Takhat Jathedar has been urging the Indian government to reopen the corridor but ironically, all pleas have been ignored, he said. 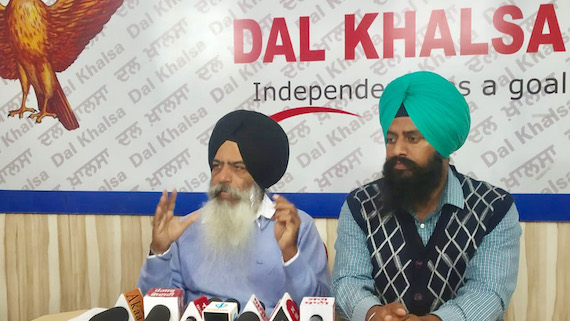 He termed Indian Govt’s argument that it would reopen considering COVID-19 protocols as dilly-dallying tactics. Govt’s argument is nothing but lame excuse, as “Firstly, Pakistan has less number of virus cases than India. Secondly, the entire country is buzzing with social, religious and political activities. Harpal Singh Cheema and Narien Singh, heads of both the organizations called upon Sikh Sangat to participate in the anniversary event.

Kanwar Pal Singh took a dig at Ministry of Foreign Affairs and Akali stream for twisting and distorting the facts on the issue related to management of Darbar Sahib at Kartarpur Sahib. “With ulterior motive people here lose no opportunity to create animosity between Sikhs and Pakistani Muslims”, he observed.

“I talked with Pakistan Sikh Gurdwara Committee president Satwant Singh to get first hand information. He apprised me that the maryada and religious affairs will be looked after by PSGPC as it is being done in all Gurdwaras and only administrative and development work was and would be looked after by Evacuee Trust Property Board (ETBP), a Govt body with Muslim members.

Kartarpur Sahib Corridor is a 4.7 kilometre-long passage, which was inaugurated by Prime Ministers of both the countries last year on November 9. Pertinently, Dal Khalsa dedicated the Nanakshahi calendar of the current year to the corridor.