Bathinda: Representatives of various Sikh organisations are expected to hold a meeting at Takht Damdama Sahib in Talwandi Sabo on January 15. As per information demand for release of Sikh political prisoners, amendments to the Article 25 of the Indian Constitution to recognize separate Sikh identity and re-institution of original Nanakshahi calendar of 2003 are some of the issues that would be discussed during the meeting. The issues have over the past few months been leading to much debate in the state, especially amongst the Sikh circles, as well as the Sikh diaspora. 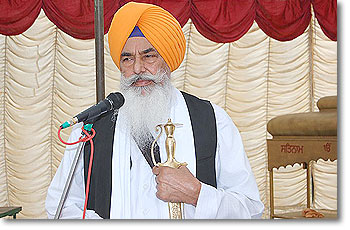 It is expected that the meeting would also be a show of strength against the move of the Shiromani Gurdwara Parbandhak Committee (SGPC) to remove Takht Damdama Sahib Jathedar Giani Balwant Singh Nandgarh. While several organisations have been raising these issues, these are also at the centre of political bickering in Punjab.

There have been demands from various quarters for the amendment to Article 25. It is being stated that Article 25 attaches Sikh religion into Hindu religion. Sikhs have been opposing such forcible clubbing with the Hindu religion since the adoption of Indian constitution.

The other demand is the release of Sikh prisoners who have completed their sentences. The Punjab government has approached the Supreme Court on the issue. Support has been extended to Gurbaksh Singh Khalsa, who was on fast for 57 days for the demand before being hospitalised.

On the adoption of Nanakshahi calendar, there are two prime groups. While Sikh nationalist groups are demanding that the original Nanakshahi calendar be adopted, the Sant Samaj having a certain level proximity with the RSS and it’s affiliates is vouching for Hindu Bikrami calendar.

Panthak Coordination Committee chief Giani Kewal Singh said they had called a meeting on January 15 to chalk out their future strategy. He said the calendar issue should be sorted out through dialogue. He said a committee should be constituted to bring in any change in the calendar and the original Nanakshahi calendar should be implemented till the issue was resolved to the satisfaction of all.