He said that demonstrations will be held during the march at Hall Gate, Katra Jaimal Singh and Chownk Farid. March will pass through Hall Bazar, Kotwali, Saragarhi Chownk and Jallianwala Bagh before reaching Akal Takht Sahib. 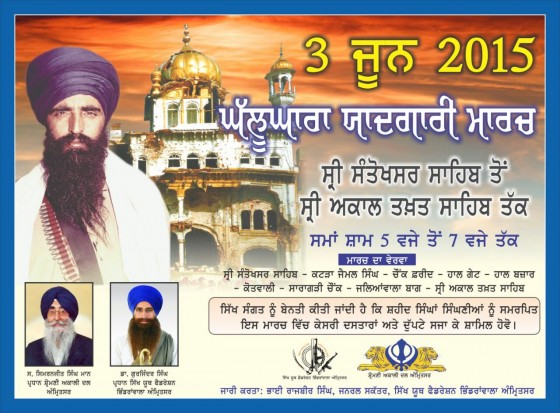 SYFB president said that the wounds of Ghallughara of June, 1984 on Sikh Psyche can never be healed. He added that the then Indian Government made the Sikh community feel its enslaved condition by committing armed attack on Sri Darbar Sahib and 42 other Gurudwaras in Punjab. ‘Sikh Psyche can never come out of the pain it had faced due to the armed attack on Sri Darbar Sahib’ he added.