London: The Sikh Federation (UK) is asking constituents to question any MPs present at an event in the Grand Committee Room in Westminster last Friday and to urge the MPs concerned to condemn Rahul Gandhi for his outrageous and offensive denial of Congress involvement in the 1984 Sikh Genocide. 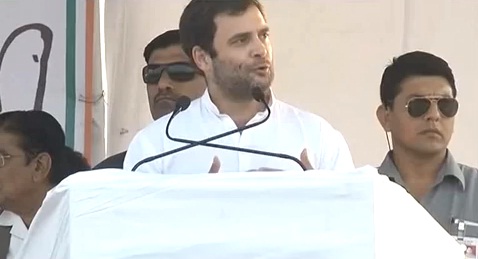 Photographs clearly show the presence of three Labour MPs Keith Vaz, sitting next to Rahul Gandhi and Virendra Sharma and Seema Malhotra sitting to one side. All three MPs have been contacted by the Sikh Federation (UK) and been given an opportunity to publicly condemn Rahul Gandhi for what he said. Previously they have all been supportive on the need for justice for the 1984 Sikh Genocide alongside the Labour leadership therefore they should not now be silent.

⊕ALSO READ: MORE THAN A LIE, RAHUL GANDHI & AMARINDER SINGH’S STATEMENTS ON 1984 ARE PART OF LARGER POLICY OF GENOCIDE DENIAL

Sanjay Suri of CNN News 18 and an eye witness against Kamal Nath from November 1984 when he was working for the Indian Express asked Congress chief Rahul Gandhi about the criminal involvement of the Congress Party in the killing of Sikhs in 1984. There is ample evidence that some Congress leaders led or encouraged mobs to target Sikhs. 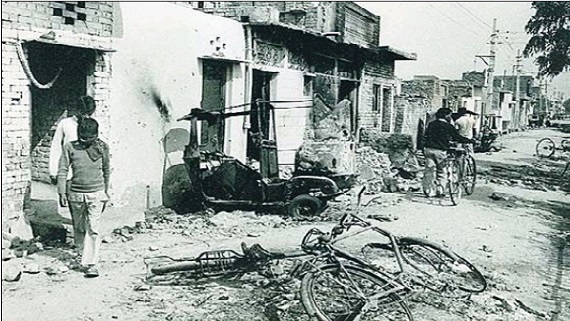 In a surprise and deeply offensive response Rahul Gandhi with a poker face controversially said he did not agree that the Congress Party was involved. This denial will haunt him and has already been jumped upon by political opponents, victims of the genocide and the media.

Rahul, son of Rajiv Gandhi, grandson of Indira Gandhi, great-grandson of Jawaharlal Nehru, heads the Congress. He frequently invokes his party’s historical role in winning freedom for India to take credit for past achievements. He must therefore accept responsibility for the Congress party’s role in the 1984 Sikh Genocide despite having no personal involvement. 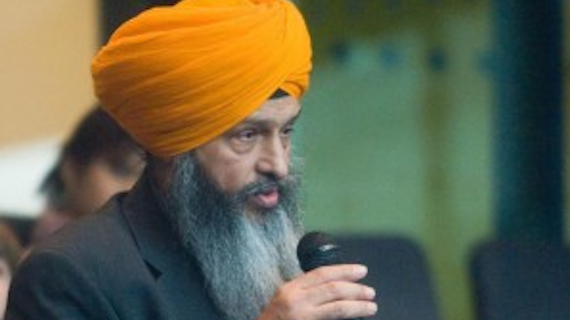 Bhai Amrik Singh, the Chair of the Sikh Federation (UK) said: “Like father, like son. Many hold Rahul’s father, Rajiv Gandhi as the main culprit as the person who had ultimate responsibility for encouraging rather than preventing the 1984 Sikh Genocide.”

“His insensitive remarks when Indira Gandhi was shot dead by two of her Sikh bodyguards and his rationalisation of the violence with the distasteful aphorism, “When a big tree falls, the earth shakes” will never be forgotten.”

“For electoral gain Rajiv Gandhi and the Congress Party disgracefully organised the genocide of Sikhs by fostering the idea that the bullets which killed Indira Gandhi were fired by the entire Sikh community.”
“We understand Keith Vaz was the host and Virendra Sharma and Seema Malhotra were in the audience. Their silence at the time and in the last 72 hours is unacceptable with the commitments they have given on the need for justice for the 1984 Sikh Genocide to the tens of thousands of Sikh constituents they each have in Leicester, Southall and Hounslow.”

“Public condemnation of the Congress chief is the least their Sikh constituents expect and deserve as the Congress Party is criminally culpable.”

“Rahul Gandhi’s insensitive denial of Congress Party involvement in the 1984 Sikh Genocide in the two-day visit to London knowing what has factually already been established reinforces why those of us demanding a Sikh homeland are gaining widespread support.”