London: Sayed Zulfiqar Bukhari the Chairman of the Pakistan Tourism Board and Special Assistant to the Prime Minister of Pakistan, Imran Khan met Sikh community representatives at The Rembrandt Hotel in London on 10 June 2019. The meeting was to discuss religious tourism projects in Pakistan following the historic laying of foundation stones for the Kartarpur Sahib Corridor on either side of the border in November 2018. 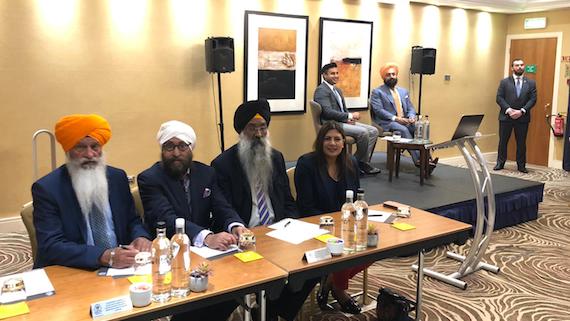 The Central Gurdwara (Khalsa Jatha) London supported by Peter Virdee organised the event where several significant announcements were made by Sayed Bukhari. Many of the Sikhs that spoke congratulated the Pakistan government for the stand taken regarding not only the establishment of the Kartarpur Sahib Corridor but also other measures being taken for the 550th Gurpurb of Guru Nanak Ji.

Sayed Bukhari made a series of specific commitments regarding visas for religious reasons, including the possibility of visas online and visas on arrival. However, after being pushed on this issue during a question answer session he said he would ensure the establishment of tourism desks in Pakistani embassies and dedicated staff to facilitate visas for those taking part in Yatras in Pakistan later this year. 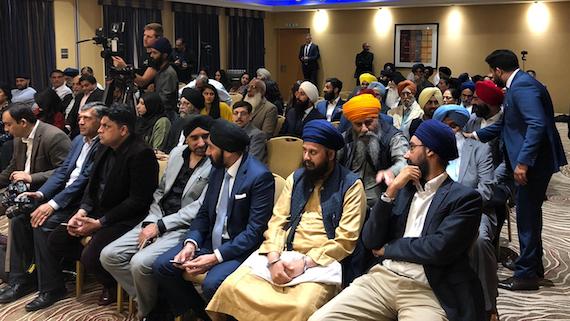 A view of the audience during the event

He also made a specific commitment on connectivity whereby high standard free buses would connect all the main Gurdwaras in Pakistan. Several speakers also made comments about the Pakistan authorities needing to ensure the preservation of the rich religious and national heritage of the Sikhs rather than allow renovation by some that have little or no appreciation of preservation.

A Pakistani journalist made a generous gesture of donating land for the Pakistani authorities to build accommodation near Kartarpur. However, this was overshadowed by Peter Virdee making a huge financial commitment by announcing the setting up of a trust under the name of Guru Nanak Ji. He said the Peter Virdee Foundation and other business people he had discussed the project with were prepared to inject a massive £500m. He said money was not an issue for the Sikh community as they were prepared to lay down their lives for their Gurdwaras.