Chandigarh: A Sikh delegation comprising representatives of various organisations on Aug. 7 handed over a memorandum at Punjab Bhawan seeking Punjab Governor’s intervention to stop harassment of Sikh leaders and activists by the Punjab government and the Punjab Police. 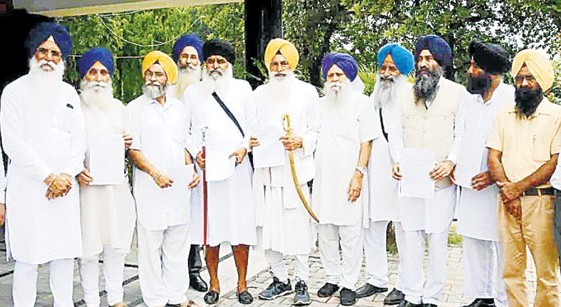 While addressing the media persons the members of the delegation said that the Punjab government has launched a massive crackdown on Sikh political activists to crush peaceful struggle seeking release of Sikh political prisoners who have completed their minimum mandatory jail terms. They said that the Punjab government has abandoned democratic values.

It is notable that many leaders of Bandi Singhs Rihai Sangharsh Committee were arrested on July 18-19. They were put under “preventive detention” and were sent to jail. Recently, on intervening night of Aug. 5 and 6, the Punjab police conducted massive raids and arrest campaign against Sikh activists. While some of the Sikh activists arrested in these raids were released by the police, some others were sent to jails under “preventive detention”.