Ontario: The Shiromani Akali Dal Amritsar’s Canada unit has written a letter to the Canadian Foreign Minister about anti-Muslim violence in Delhi.

In his letter, SADA’s Canada unit leader Sukhminder Singh Hansara said: “I like to bring forward the plight of Muslims and other minorities living in India to your attention, on February 24th 25th 2020, the notirious organization Rashtriya Swayamsevak Sangh criminals incited by Prime Minister Narindera Modi`s Bhartia Janta Party murdered over 40 people and injured several hundreds during a peaceful demonstration against the controversial bill the Citizenship Amendment Act”. 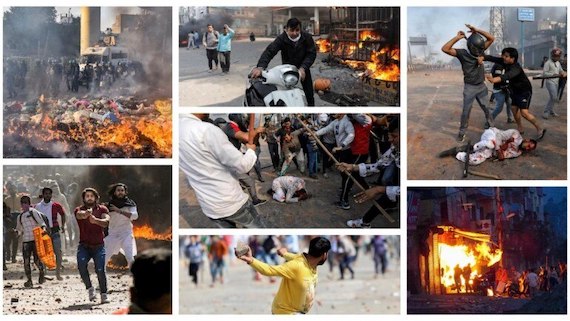 “Being a Sikh, it reminded me of the Genocide of the Sikhs, organized by the then ruling party of India (Congress Party) in November 1984. Similarly this week, the ruling party of India the Bhartia Janta Party has organized and carried out the massacre of Muslims killing over 40 people, assaulted Muslim women, burning of 100’s of local businesses, shops, homes and vehicles”, he added.

In his letter Sukhminder Singh Hansra said: [t]he United Nations Human Rights resolved that the Act is discriminatory by nature “We are concerned that India’s new Citizenship Amendment Act is fundamentally discriminatory in nature & hope the Supreme Court of India will consider carefully the compatibility of the law with India’s int’l human rights obligations.” @UNHumanRights.

The letter also carries quote from United Nations High Commissioner for Human Rights Ms Michelle Bachelet who had said “I am concerned by reports of police inaction in the face of attacks against Muslims by other groups, as well as previous reports of excessive use of force by police against peaceful protestors.”
The letter also quotes the United States Commission on International Religious Freedom that has expressed “grave concern over the ongoing violence taking place in Delhi.”

The SADA leader has urged the Government of Canada should utilize its relationship with the Indian Government to safeguard the human rights of Muslims and other minorities in India.