London: The House of Lords agreed unanimously on 5 December 2016 that their numbers should be reduced by stating “that this House believes that its size should be reduced, and methods should be explored by which this could be achieved”

It has been reported the committee is expected next month to recommend compulsory retirement for older members.  One fifth of peers face being kicked out of the Lords under a dramatic plan that would force them to retire at 80.  Under the proposal being examined, peers would be forced to retire at the end of the Parliamentary session in which they turned 80. 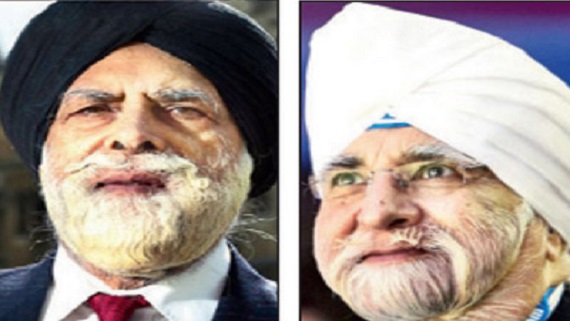 It would unfortunately mean both dastar wearing Sikh Lords – Indarjit Singh, aged 85 and a cross-bencher and Ranbir Singh Suri, aged 82 and a Conservative being axed.  They could be forced to retire, possibly with a lump sum retirement bonus, equivalent to a year’s allowances and sadly leave Sikhs with no real representation in the Lords (visible or otherwise).

In order to win support for the clear-out – which would affect 166 of the almost 800 peers – those shown the door are likely to be allowed continued access to Parliament’s subsidised bars and restaurants.  This would be of little consolation to those who are left out.

It has also been mooted that a dozen peers aged over 80 are given a reprieve based on a vote of their colleagues.  This would however favor some of the country’s best-known politicians including former Conservative Cabinet ministers Lord Lawson, 85, Lord Baker, 82, and Lord Heseltine, 84, as well as ex-Commons speaker Baroness Boothroyd, 87.

The Sikh Federation (UK) has previously called for reform in the House of Lords supporting a retirement age, but also suggested the need to ensure better representation for those who are presently under represented in Parliament.

In recent correspondence with the six member committee the Sikh Federation (UK) said: “until the last General Election there were also no Sikh MPs when there should be seven or eight MPs based on the Sikh population. We now have the first turban wearing Sikh MP and the first Sikh woman MP, but only because of special circumstances as a result of the snap election.  We think those on all sides of the House would agree that in a short time they have proved they are a fantastic addition to the mother of all Parliaments.”

The Sikh Federation  (UK) in its statement said that- “Despite the size and excellent reputation of the well-established Sikh community we are also hugely under represented in the House of Lords.  The much smaller Jewish community has 29 Lords (and 15 MPs), the Hindu community that is comparable in size has 18 Lords (and around a dozen MPs) and the larger Muslim community has 17 Lords (and around 18 MPs).   Based on the Sikh population around 1% of Lords should be Sikhs.”

“The House of Lords reforms to be announced next month could leave Sikhs with no representation in the Lords and this would be a damning indictment on the Upper House and political parties who decide on many of those to be in the Lords.”

“Given the under representation of Sikhs in the Commons and the indefensible position in the Lords that would result it is important for the main political parties to agree and announce at the same time as the reforms how they will increase Sikh representation in the House of Lords.”

“We are aware the Labour Party has a number of excellent visible Sikhs in mind that would be role models to others.  As we previously stated “new peers should be individuals with proven skills and experience that will be an asset in the Lords.”