Derby, UK: A man who died after being found injured in a Derby street has been named.

Satnam Singh (74), a father of three, from Princes Street was found on the junction of Princes Street and Coronation Street, Rosehill at around 4.50am on Thursday, July 23.

He was taken to Royal Derby Hospital, where he later died.

A post mortem examination has revealed that he had suffered head and chest injuries consistent with being hit by a vehicle. 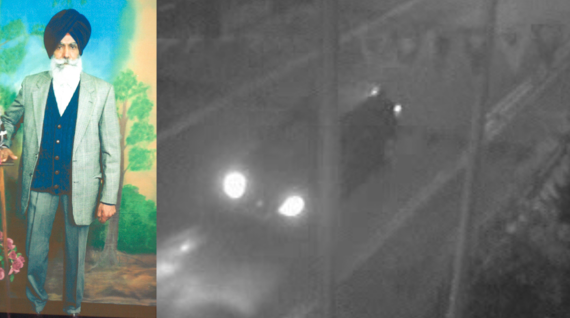 Detectives are now trying to trace a dark hatchback car which was seen in the area early yesterday morning.

“The driver might hold vital information about what happened to Mr Singh.”

Officers have released an image of the car they are trying to trace.

Mr Singh’s nephew Bill Johal has appealed for help from the public.

He said: “My uncle was a very good man. He was a caring, considerate and happy man. Despite being 74-years-old he was fit and healthy and enjoyed working on the allotment, spending his time with his family and was a volunteer at the Gurdwara.

“He was on his way to the Gurdwara when he lost his life, we say, through no fault of his own.

“I want people to think long and hard about what has happened and come forward if they have any information.”

Police would also like to speak to anyone who was in the area of Coronation Street, Princes Street, Holcombe Street, Pear Tree Street or Harrington Street between 4am – 5am yesterday or anyone who saw a collision.

Police are also asking local garage owners to get in touch if anyone has brought a damaged car in for repair.
DCI Cox added: “We are following up several lines of enquiry but it’s important that people who have information come forward and talk to us.

“We have detectives working on the case and members of the Safer Neighbourhood team will be patrolling the area over the weekend.”