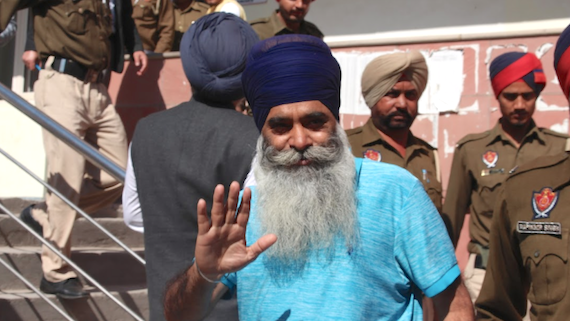 As per initial reports Bhai Harminder Singh Mintoo suffered cardiac arrest in Patiala jail this evening after which he was taken to Government Rajindera Hospital in Patiala where he was declared ‘brought dead’. Bhai Mintoo was suffering from heart ailment.