London/Chandigarh: In a unique move, the Sikh students from 11 universities in London came forward to support arrested Scottish citizen Jagtar Singh Johal who is behind the bars in the Indian subcontinent now for more than a year.

“As a collective, Sikh students from 13 Universities in London condemn the actions of the Indian State in unjustly incarcerating Jagtar Johal and the targeting of Sikh activists in India and the U.K.”, the students said in a join statement shared by a Sikh students network called Nishaan. 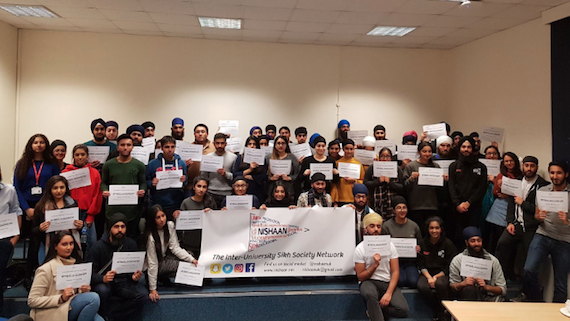 “As residents of the diaspora, we have privileges such as freedom of speech and access to democratising tools such as social media. We must take advantage of these tools to challenge oppressive regimes and to act as agents of change”, the added.

Jagtar Singh Johal’s brother Gurpreet Singh said: “The family are grateful for the continued support from the community and the public. It’s the support of Guru Sahib and Sangat that has ensured Jagtar Singh Johal voice is not silenced”.

It is notable that Jagtar Singh Johal is charged by the National Investigative Agency (NIA) of Indian in various cases but now the NIA has got the proceedings of the trial stayed from the Supreme Court of India (SCI) as the agency want trial of cases to be transferred out of the state of Punjab.