London: As per the media reports British Secretary of State for Foreign Affairs Borris Johnson Wednesday was confronted by a Sikh women named Balbir Kaur over his ‘alcohol’ remark that too at Gurudwara sahib.

Foreign Secretary Boris Johnson has apologised after saying this, during a visit to a Sikh temple in Bristol today… pic.twitter.com/cwvXQZcIyE

Johnson was visiting the Guru Nanak Prakash Singh Sabha Gurdwara in Bristol in an effort to woo voters from the city’s large Sikh community to the Tories. 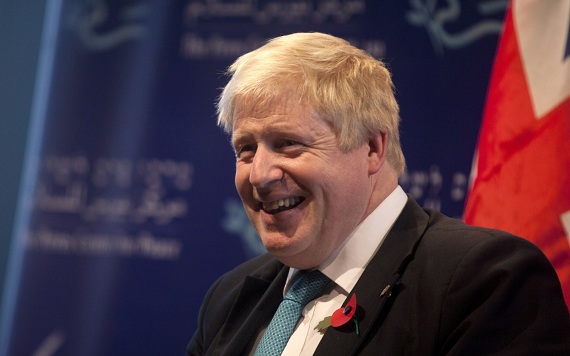 “I hope I’m not embarrassing anybody here by saying that when we go to India, we have to bring ‘clinky’ in our luggage,” he said.  “We have to bring Johnnie Walker.”

“There is a duty of 150% in India on imports of Scottish whisky. So we have to bring it in for our relatives duty free. Imagine what we could do with a trade deal with India, which there will be, because then the tariffs would go,” The Guardian quotes Borris Johnson to have said at the Gurdwara.

His statement annoyed the Sangat present, following which Balbir Kaur stood up and while confronting Borris Johnson stated “How dare you talk about alcohol in a Sikh gurudwara?” she said. “You are standing in a Sikh gurudwara talking about alcohol, which is absolutely not right,” reads a quote from a report published on the website of BBC.

Bhai Narinderjit Singh, general secretary of the Sikh Federation UK, said that “no politician in his right mind” would speak in a gurdwara about a trade deal involving alcohol. “It is a requirement that Sikhs should not consume any intoxicants. Anyone (Sikh or non-Sikh) who has consumed alcohol or has tobacco on them is not allowed to enter a gurdwara. There are signs up in all gurdwaras,” said the media sources.