Jammu/ Pathankot: A day after a Sikh youth Bhai Jagjeet Singh was killed in police firing in the Gadi Garh area of Jammu, situation remained tense in Jammu on June 5 also. Shops and business establishments remained closed in Jammu and public transport remained off road. Normal life came to a total halt in Jammu. 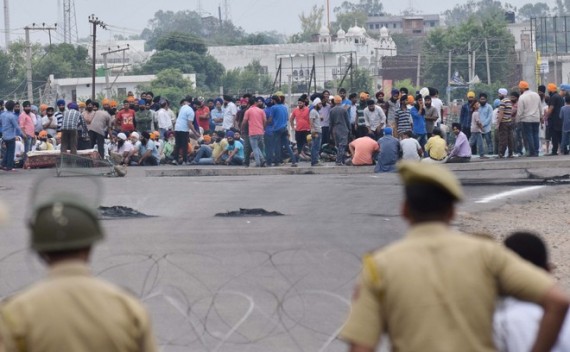 According to The Tribune: [s]cores of Sikh youth assembled near Nanak Nagar Gurdwara and blocked the road by burning tyres in the middle of the road. Similarly, hundreds of Sikh community members gathered near Digiana Ashram and blocked the Jammu-Pathankot highway, disrupting normal vehicular movement for the day.

Gole Gujral and other Sikh-dominated localities also witnessed protests where roads were blocked by Sikh protesters. 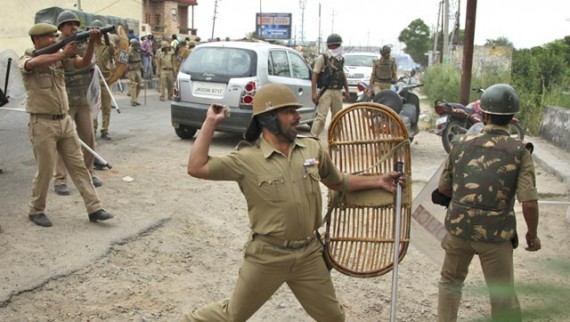 The trouble had erupted on June 3 (Wednesday) when the police had forcibly removed the hoardings of Ghallughara Shaheedi Samagam in Ranibagh on the outskirts of Jammu city.

When Sikhs objected to these heavy handed police actions the police opened fire indiscriminately at the unarmed Sikh protesters.