London: Sikh Federation (UK) said in a written press release that its’ representatives visited the Netherlands, Germany and Belgium in the last few days and met with Sikh representatives and the Sangat from across Europe, including France. 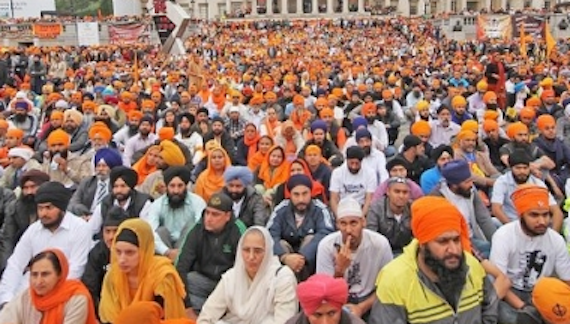 As per the statement [t]he Sikh Federation (UK) explained it had been active in the EU on Sikh issues for more than a decade and campaigned from day one for the UK to remain in the EU recognising a decision to leave would create bigger challenges for Sikhs across Europe. However, the referendum in the UK on 23 June had delivered an outcome that will mean the organisation will have to find different ways of directly supporting Sikhs in mainland Europe and working with the UK Government and embassies of EU countries to influence them where Sikhs experience discrimination, attacks or hate crime.

“Sikhs in mainland Europe said they were dismayed and expressed anger at those from the UK that claim to be a Sikh voice in Europe who sat on the fence until the eve of the vote on such an important issue for the Sikh community. They unanimously condemned them and other Sikh organisations or individuals who had campaigned to leave the EU putting self interests before Sikh community interests”.

“We are grateful to the tremendous support we have had from the Sikh Federation (UK) for over a decade and their assurances that they will continue to support us and lobby for Sikhs despite the decision in the UK to leave the EU”, Sikh Federation UK quotes one prominent Sikh leader from mainland Europe, whose name was not disclosed.

“On the other hand we have only seen some so-called representatives from the UK once in mainland Europe and that was around 5 years ago. They had big plans and made promises, but they do not even have activities to show on issues that impact on us let alone any progress to point to. They lack all credibility with Sikhs in mainland Europe and many have questions about some of their controversial activities in the UK linked to their reported support for the international structure of the SGPC and dealings with the National Security Adviser and meeting with Narendra Modi. We are waiting for these people to show their faces in mainland Europe and experience the wrath of the Sangat who they have failed”, the quote reads further.